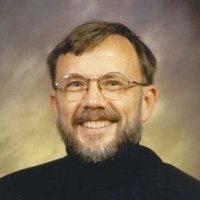 Swatos, William H. Swatos, Jr. 74, passed away while being treated for COVID-19 complications at CGH Medical Center, Sterling, IL on November 9, 2020. A native of West Milford, NJ, he graduated from Transylvania University in Lexington, KY, and the University of Kentucky. He graduated from the Episcopal Theological Seminary in Lexington and was ordained a priest while serving at the Church of the Transfiguration in Lawrenceburg, KY. He served at St. Mark’s Episcopal Church in Silvis, IL from 1980-1993. He was a resident at the Windsor Manor memory care center in Morrison, IL where he contacted the virus following an outbreak at the facility. His academic career included teaching sociology at King College (Bristol, TN), Augustana College (Rock Island, IL), and Baylor University (Waco, TX). As a Fulbright Scholar in 1981, he travelled to Iceland to teach and study Icelandic religion. He was a noted author/editor of over 20 textbooks exploring topics in the sociology of religion. He served as Executive Officer of the Association for the Sociology of Religion from 1997-2012, and as Managing Editor of the Interdisciplinary Journal of Research on Religion at Baylor University. He is survived by sons Eric (Elizabeth) Swatos and Giles Swatos and grandchildren Arthur, Lillian, Claire, and Stephen. There will be no services at this time. Cremation rites have been accorded. In lieu of flowers, please consider a gift to the Alzheimer’s Association, https://www.alz.org/