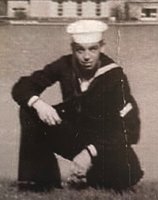 WILLIAM G. DOAN DIXON-William G. Doan, 84 of Dixon, died, Wednesday, March 10, 2021 at KSB Medical Center, Dixon. William was born May 31, 1936, in Tonti, the son of George Edward and Vivian (Risinger) Doan. He served in the United States Navy. He was a NIU graduate. On August 25, 1962 he married Phyllis Maass at St. Mark’s Episcopal Church, Glen Ellyn. He was very active and pursued many careers. He was an accountant for one of the top Chicago accounting firms, owned Doan Real Estate, Elmhurst, with his wife, owned a travel agency, and was a chef in three restaurants. William was also very involved with the YMCA, Elmhurst, where he ran auctions, helped with AAUW in Elmhurst and helped his wife out, who was very active with the Girl Scouts, also running auctions. He was a member of the Jaycees, Elmhurst, Dixon Elks Club and First United Methodist Church, Dixon. William and his wife lived in numerous locations, starting in Glen Ellyn, moving to Oak Park for two years and then Elmhurst for thirty years. They also lived in Missouri, Florida, where they mostly played, then moving back to Missouri, Ohio, IL and then eventually found their way to Dixon. Survivors include his wife, Phyllis of Dixon; one daughter, Elizabeth (Donna) Doan of Maricopa, Arizona; one son, Bryan (Karen) Doan of Elmhurst; two sisters, Kay Campbell of West Chicago and Jane Golchert of Lake of the Ozarks, Missouri; one brother-in-law, William Maass of Minnesota and four grandchildren, Joseph and Dominic Doan of Maricopa, AZ and Steven and Megan Doan of Elmhurst; several nieces, nephews, cousins and friends. There will be no services at this time. A memorial service will be held at a later date. Cremation rites have been accorded. Memorials may be made directly to the First United Methodist Church of Dixon or your favorite charity of choice in William’s name. Memorial may also be sent to Schilling Funeral Home P.O. Box, Sterling, IL and will be forwarded to the family. Condolences may also be sent to www.schillingfuneralhome.com.