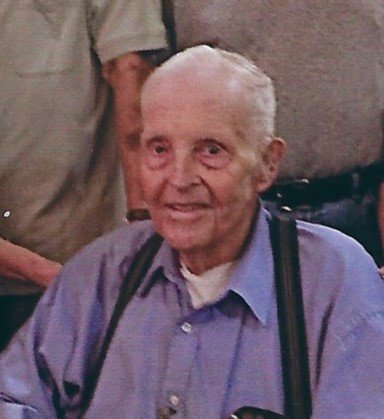 Wilmer was born June 21, 1924 in Woosung, the son of John H. and Sadie (Farster) Houck. He was inducted in the United States Army on April 4, 1943 and was discharged December 1945. He served eighteen months in Europe and served in combat with CO A 393 Reg 99th DW, with 93 days of continuous combat. He walked across the Rhine River on the railroad bridge at Remagen while under heavy shelling from the enemy. They were trying to knock the bridge down, which they did about three hours after he got across. He crossed the Danube River under heavy shelling from mortars and artillery.

Funeral service will be at 11 AM Tuesday, April 2, 2019 at Immanuel Lutheran Church, Rock Falls with Pastor Bree Truax, officiating. Visitation will be from 10AM-11AM one hour prior to the funeral at the church. Burial to follow at Chapel Hill Memorial Gardens, Dixon.

A memorial has been established to Rock River Hospice and Home and Rock Falls American Legion.