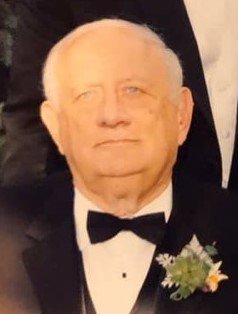 STERLING- John Haden Moore passed into eternal light and peace on Sunday, October 20, 2019 at the age of 76.

He was born March 15, 1943 to Haden M. and Jessie (LeFevre) Moore. John attended Sterling Schools and graduated from Sterling High School class of 1961. He was a member of some great Sterling basketball teams, he was the first Roscoe Eades award winner and was named to the Champaign News-Gazette and Chicago American All-State Basketball Team, 2nd Team in 1961. He was recruited by many colleges and universities and went on to play at Northern Illinois University from 1963-1966. At Northern he was named MVP for the 1965 season. Although he never played a minute of football in his life he was offered a chance to try out for the Dallas Cowboys, he declined. Later he enjoyed getting together with his teammates from his college days.

After graduating from NIU he returned to Sterling to teach Vocational Machine Shop at Sterling High School for about 10 years. He then joined his father and brother in running the family business, Moore Machine Works until retiring in 2004.

Upon retiring John enjoyed fishing in Chetek, WI, visiting with his friends, dining out, joining family holidays, playing with his grandson Desmond and watching his baseball games.

In later years John endured a lot of physical hardships and pain, never complaining and still managing to get out and about.

Special thanks to the Thursday morning breakfast club friends and restaurants that hosted them. John looked forward to the gatherings and the friendly banter and would have been glad to be called the instigator of all verbal battles.

He was preceded in death by his parents, and one sister, Judith Ann Moore.

Funeral services will be held at 10:30 AM Friday, October 25, 2019 at First Christian Church of Sterling with Reverend Zach Mapes, pastor, officiating. Burial will be at Riverside Cemetery, Sterling. Visitation will be from 4-7 PM Thursday at Schilling Funeral Home and Cremation, Sterling

In lieu of flowers a memorial has been established to First Christian Church of Sterling.

Condolences may be sent to schillingfuneralhome.com.