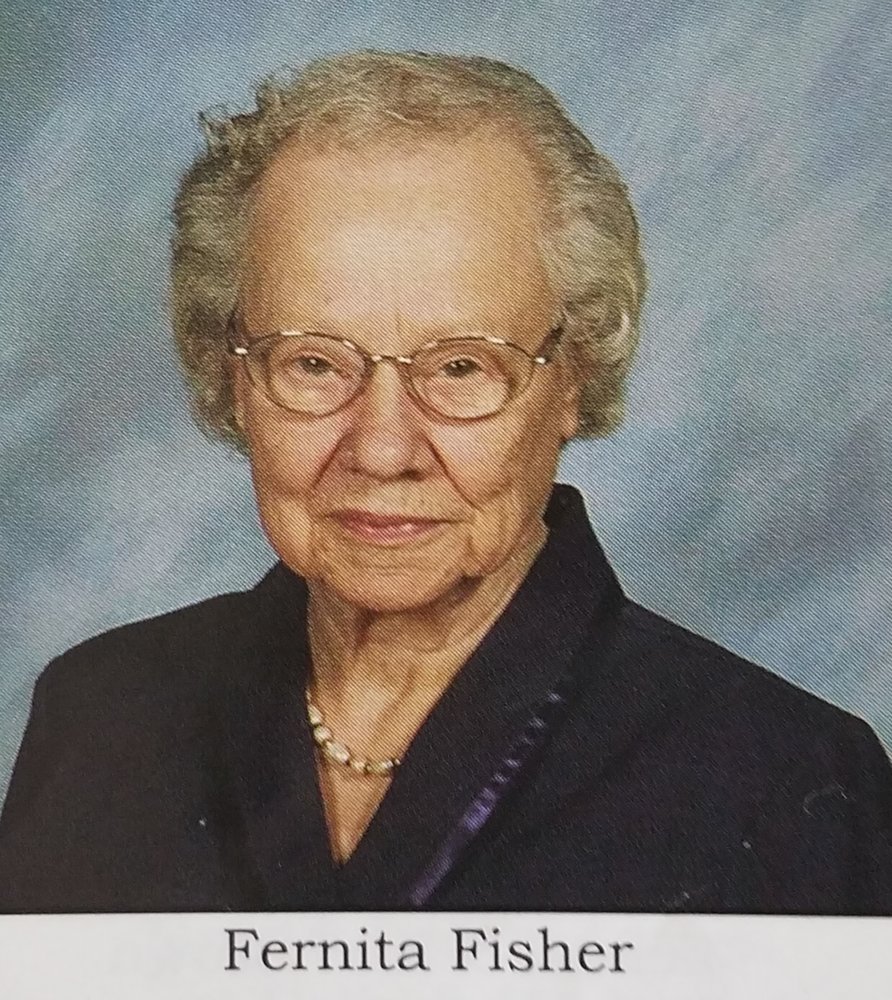 NAPERVILLE-Fernita G. Fisher- Fernita G. Fisher 94, formerly of Sterling, IL., died Wednesday May 13, 2020 at Edward Hospital in Naperville, IL. Fernita was born January 10, 1926 in Glen Elder KS, the daughter of David H. and Olive (Marzolf) Hadley. Her family came to the Sterling/Rock Falls area when she was 10 years old due to the ravages occurring in the Dust Bowl during that time. She was married to Edward K. Fisher on January 17, 1948 in Rock Falls. She worked as a bookkeeper throughout her life including time at R B & W during WW II and WSDR in later years. She and her husband joined Sterling First Church of the Nazarene shortly after its founding. She enjoyed the fellowship provided by her Sunday School, women's and couples' groups. She could always be counted on with deviled eggs and her willingness to help in the kitchen for funeral dinners. Fernita will be remembered as one who was kind to all. She was dedicated to her family. She always had a smile on her face. Survivors include daughter, Brenda Hasler of Naperville, granddaughters, Sarah Hasler (Enik Rudisill) of Chicago, Emily (Paul) Kunaschk of Racine WI, and Rachel Hasler of Evanston IL and many cousins, nieces and nephews. Fernita was preceded in death by her parents; husband Edward K. Fisher, one son Brent Fisher; two brothers David L. Hadley, George Hadley; and one son-in-law Gregory S. Hasler Graveside services will be held at Oak Knoll Memorial Park, with Harry Seavey, officiating. A memorial service will be held at a later date. Condolences may be sent to www.schillingfuneralhome.com
Plant a Tree
Print
Share A Memory
Plant a Tree