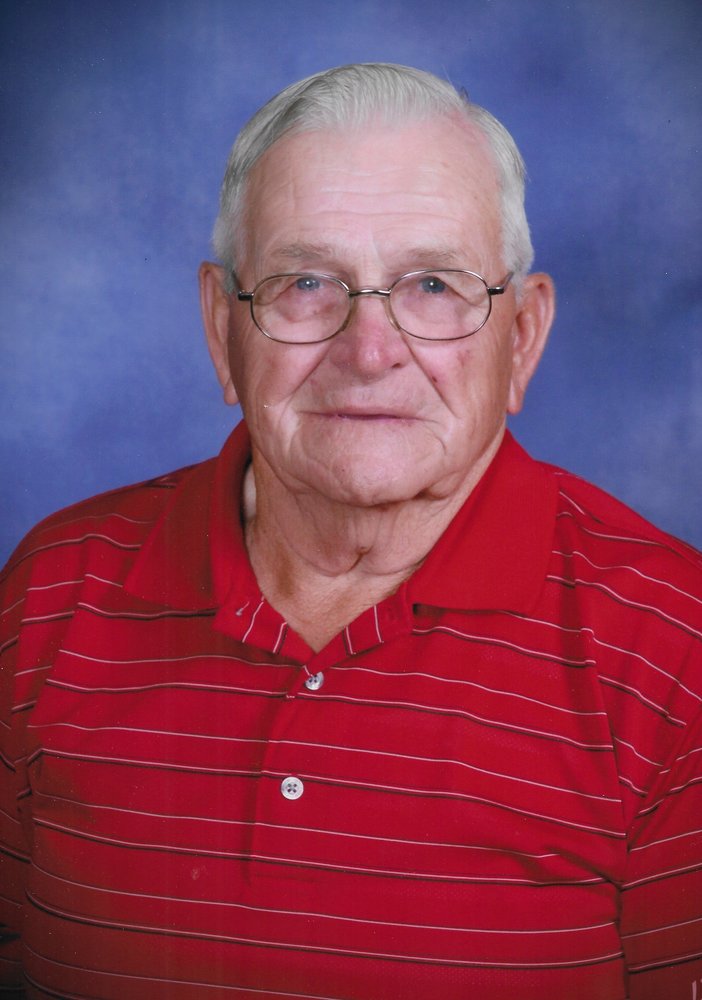 STERLING-Dale Janssen, 86 of Sterling, died, Monday, August 31, 2020. Dale was born October 27, 1933 in Lyndon Township, the youngest of six siblings born to John and Elizabeth Janssen. Dale was educated in rural and Sterling Schools, graduating in 1951. After school he was a hired hand on a farm north of Sterling. In May of 1953 he was called to serve his country in the United States Army, serving sixteen months in Korea. While in Korea he was a truck driver and repaired roads. Returning from the service he married Mary Jane Bruns on January 8, 1956. They farmed in the Sterling area for several years. After retiring from farming Dale drove trucks for Welder Supply of Rock Falls, He also worked for Woodworth Sales of Lyndon. In 1988 he was hired at Sinnissippi Centers of Dixon and was there for twenty-eight years as a building and grounds supervisor, retiring in 2016. Also retiring from Dirks auction service for over thirty years. While his children were in 4-H he coached the Whiteside Haymakers 4-H softball team for ten years. He was a lifetime member of St. Paul Lutheran Church, Sterling, serving three terms on the church council. Dale enjoyed watching his children and grandchildrens sporting events. He also enjoyed dancing, golf, woodworking and watching the Chicago Bears. Dale is survived by his three children, Connie (Chuck) Wessels of Galesburg, Rod Janssen of Sterling and and Lynette Rivera of Mason City; five grandchildren, Jennifer Rombout, Cari Janssen, Kelli Wessels, Katie (Dusti) Armstrong and Anthony Rivera; four great-grandchildren, Desirae (Jarrod) Carter, Destiny Pruitt, Ashlyn Pruitt and Jalen Johnson; three great-great-grandchildren; two sister-in-laws; one brother-in-law and several nieces and nephews. He was preceded in death by his wife Mary Jane of fifty-two years; his parents; sister and brother-in-law, Sally and Elmer Habben of Morrison, Lloyd and Bernice Janssen of Lyndon, Laurence and Lorraine Janssen of Rock Falls, Art and Nell Janssen of Prophetstown, Robert Janssen of Rock Falls, Robert and Jean Bruns of Wisconsin and a nephew Larry Janssen. Visitation will be 5-8 PM Thursday September 3, 2020 at the Schilling Funeral Home & Cremation, Sterling. Funeral services will be held at 11 AM Friday, September 4, 2020 at Schilling Funeral Home & Cremation, Sterling. Burial will be at Oak Knoll Memorial Park, Sterling. Due to Covid-19 guidelines, mask and social distancing regulations will be in place. A memorial has been established to St. Paul Lutheran Church, Sterling. Memorials may also be sent to Schilling Funeral Home PO Box 592 Sterling, IL 61081 and will be forwarded to the family. Condolences may be sent to www.schillingfuneralhome.com
Thursday
3
September

Share Your Memory of
Dale
Upload Your Memory View All Memories
Be the first to upload a memory!
Share A Memory
Send Flowers