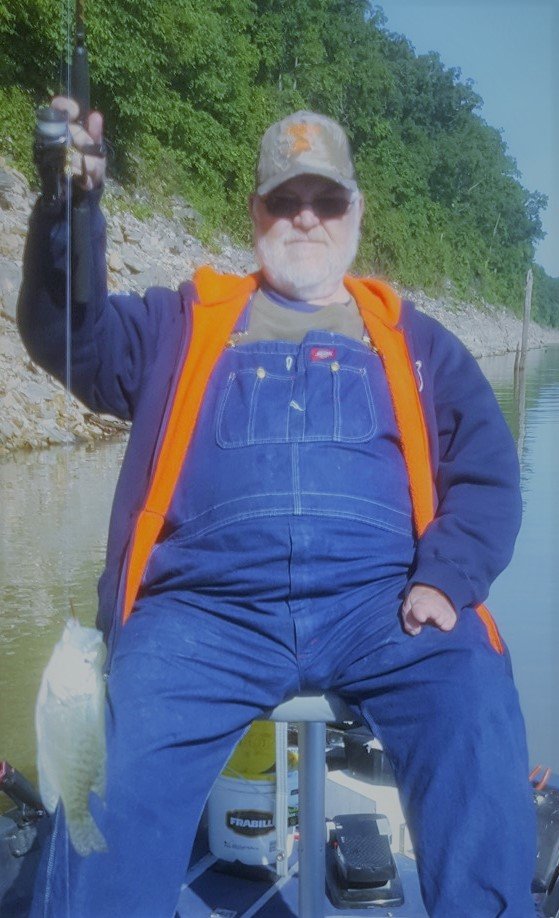 Richard “Dick” Kicksey, 78 of Sterling, Illinois passed away on November 25, 2020 in his home surrounded by his loving family, following a battle with cancer. Dick was born on October 1, 1942 to Otis and Violet Kicksey. His father being an avid outdoors man, it didn’t take long for Dick to follow in his footsteps. Hunting and fishing were a way of life for him. They enjoyed countless adventures in the wild during his childhood. Later in life he went to work for Northwestern Steel and Wire Co. and also helped his mother run the Spot Tavern in Morrison, Illinois. After his mother’s passing, he left Northwestern to run the Spot full time, but later sold the tavern to return to the mill where he stayed until its closing in the early 2000’s. He was very proud of the fact that he put the final charge in the furnace. In the late 60’s, he was married to his first wife Linda. This wasn’t met to be and they divorced on a Friday. The next day he married the woman that would change his life forever, Carol Jean. The couple later had a son (Rich) that for the next 48 years would remain Dick’s fishing buddy and overall best friend. After a valiant battle with cancer, Carol passed away and Dick later met Dorothy Hames. They were married on March 4, 1982, and would spend the next 38 years together until her death in August of this year. They both were avid Bears and Bulls fans and enjoyed gardening and rummage sales/auctions. They were both active members of Harvest Time Bible Church. Dick and Dorothy’s relationship with Christ was very important to them. Dick was preceded in death by his parents, two wives, his beloved sister Betty Wescott, and two children Brad Hames and Nancy Lillyman. He is survived by his brother-in-law Richard Marney of Udall, KS., sister-in-law Janice (Harlan) Bell of Rock Falls, IL., three children, Linda (Terry) Conboy of Springfield, MO., Donetta (Jon) Farster of Dixon, IL., and his son Rich Kicksey of Sterling, IL. Five nephews and nieces, Bill (Linda) Wescott, Jo Lynn (David) Rockers, Jeff Wescott all of Rock Falls, Il., Beth Ann (Emmit) Morgan of Little Elm, TX., and Jim (Kimberly) Wescott of Westminster, CO.; also, countless grandchildren, great- grandchildren, great- great grandchildren and great nephews and nieces. According to Dick’s wishes, cremation rights will be accorded by Schilling Funeral Home and there will be no funeral service. He wanted everyone to remember him the way he was. Laughing and full of life and love. “It’s been a heck of a ride, be good to each other!” – Richard “Dick” Kicksey \

Share Your Memory of
Richard
Upload Your Memory View All Memories
Be the first to upload a memory!
Share A Memory
Plant a Tree