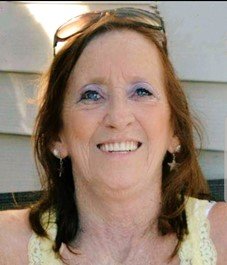 KAREN S. HEFLIN ROCK FALLS-Karen S. Heflin, died at her home Monday, December 14 2020, at age 74. She was born August 29, 1946, daughter of William F. Madden and Marion Jarnigan. Prior to her retirement, she was employed for more than 28 years as a mental health technician at Dixon Developmental Center. Having survived multiple battles with cancer since 2003, Karen was lovingly known by all who knew her as "tough as nails'', and a "fighter", never letting cancer stop her from living her best life. She was a die hard Bears and Cubs fan, loved her dogs, crocheting and spending time with her family, especially her grandchildren. She is survived by her children: Whitney (Matt) Gerrity, Kim (Scott) Webb, Thomas Lawson Jr., Shawn (Katie) Lawson, eleven grandchildren : Heather Ellis, Melissa Merrill, Dawn and Dustin Miller, Samantha Greer, Shelby, Jessica, Lacy, and Shawn Lawson Jr, Tasha Warren and Erich-Warren-Helle, fifteen great-grandchildren, boyfriend Jaime Jiminez, close friend and ex husband Wayne Heflin, and her best friend Patty Alcantar. She was preceded in death by her parents, her two sisters Sandra Carter, Linda Coppotelli, and brother Ronnie Madden. She was so very loved, and will be greatly missed. There will be no services. A celebration of life will be held at a later date. In lieu of flowers memorials can be sent to your local animal shelter in Karen’s honor. Condolences may be sent to www.schillingfuenralhome.com.
Plant a Tree
Print
Share A Memory
Plant a Tree