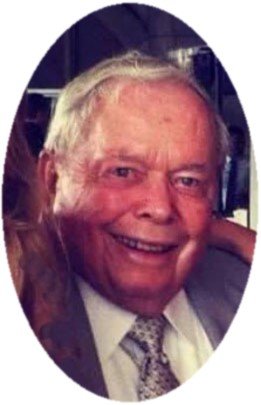 THOMAS E. FLYNN STERLING- Dr. Thomas Flynn was born November 6, 1925 in La Crosse, Wisconsin to Dr. and Mrs. Robert E. (Marie Ruetten) Flynn. He graduated from Aquinas High School in La Crosse, attended Loras College in Dubuque, IA and graduated from Loyola University School of Medicine in 1948. He served his internship at the Ramsey County Hospital in St. Paul, MN and completed a three year residency in internal medicine at Hines VA Hospital in Chicago. He served in the U.S. Navy from 1949-1951 and 1954-1956. He then joined the Sterling Rock Falls Clinic where he practiced until 1989. He was an attending physician at CGH Medical Center and was a member of the AMA Illinois State Medical Society, American Society of Internal Medicine. He was an active member of the Sterling Gyro Club, Sterling Elks, American Legion, Rock River Country Club where he enjoyed many Wednesday afternoons on the golf course. He was an active member of St. Mary Church and served on the board of the YMCA, Newman High School and CGH Medical Center. He was preceded in death by his parents; his wife of 65 years, Patricia McCarthy; his daughter, Margaret Feltham; a brother in infancy; his brothers, Dr. Robert , Dr. George and Attorney John. He is survived by a sister, Mary (Joseph) McCarthy of Caledonia; brothers, Patrick and Donald of La Crosse; his sons, Thomas (Suzanne) of Texas, Dr. Dennis (Rita) of Elgin, James (Sheryl) of Austin, TX and Andrew (Margaret) Feltham; daughters, Eileen (Scott) Wolber and Mary (Ronald) Curtis of Milwaukee; fourteen grandchildren and three great-grandchildren. Due to covid restrictions Mass of the Christian Burial will be private. Service will be live streamed on Schilling Funeral Home Facebook page on Saturday January 2, 2021. Live stream access will begin at 10:50 AM, there is no link or passwords that are necessary. Cremation rites have taken place and burial will be at Calvary Cemetery in Sterling. A memorial has been established to St. Mary Catholic Church and the CGH Health Foundation, and may be sent to Schilling Funeral Home P.O. Box 592 Sterling IL 61081, and will be forwarded to family. Condolences may be sent to www.schillingfuneralhome.com

Share Your Memory of
Thomas
Upload Your Memory View All Memories
Be the first to upload a memory!
Share A Memory
Plant a Tree