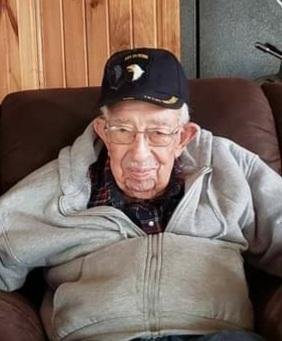 POLO-William “Bill” A. Schryver, 95, of Milledgeville, died Wednesday, February 3, 2021 at Polo Rehabilitation. Bill was born September 16, 1925 in Milledgeville, the son of Walter and Ethel (Walters) Schryver. He served in the United States Army during WWII, The 101st Airborne Division and then Army Engineering Construction Division in the Korean War. Bill served on the Milledgeville Fire Department for many years, and was a member of Dutchtown Brethren Church. He married Frances Kahler on November 28, 1965 in Rock Falls. She preceded him in death on July 9, 2016. Survivors include two daughters, Roxanne (Bruce) Francis of Milledgeville and Kathie Reese of Lanark; three sons, Greg (Vicki) Miller of Milledgeville, Kim (Patty) Miller of Milledgeville and Kevin (Debra) Miller of Lanark; three sisters, Deloris (Dean) Hammelman of Arizona, Deanna Degeorge of SanDiego, CA and Lois (Larry) Hughes of Clinton; four brothers, Russell (JoAnne) Schryver of Milledgeville, Lyle (Jan) Schryver of Freeport, Marion Schryver of Freeport and Herbert Schryver of Polo; nine grandchildren and fifteen great-grandchildren and two on the way. He was preceded in death by his wife, Frances; one sister, Elma Mae Schryver and three brothers, RIchard, Robert and John Schryver. Cremation rites have been accorded and a private graveside at Chadwick Cemetery will take place at a later date. A memorial has been established. Memorials may be sent to Schilling Funeral Home, PO Box 592, Sterling, IL 61081 and will be forwarded to the family.