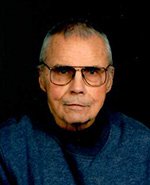 Please share a memory of Lyle to include in a keepsake book for family and friends.
View Tribute Book
(Robert) Lyle Zimmerman, 84, died Thursday, March 11, 2021 at Loyola Medical Center in Maywood, IL. He was born October 30, 1936 in Morrison, IL son of Martin and Mary (McConnell) Zimmerman. Lyle lived most of his life in Sterling. He was married on June 23, 1957 to Bernice Gerdes, a hair stylist for over 50 years. Lyle was always a big car guy and HUGE Chicago Bears fan. He was a member of Immanuel Lutheran Church in Rock Falls, IL. He cherished his family and many friends andhad a big soft spot for small children and dogs. Always a jokester. He was everyone’s “Uncle." Survivors include his two sons, Lyle Zimmerman (Debbie) of Florida and Larry Zimmerman, of McHenry, IL; one daughter, Teri Pickett, of Roscoe, IL; one sister, Shirley Flosi, of Arizona; four grandchildren, Jayde Zimmerman, Joshua, Jacob and Jenna Pickett; multiple nieces and nephews including Jim and Kathi Johnson of Rock Falls, IL and Sam Grim (Fran) of Florida; and friends, the Foy family with his little buddy Wyatt Gillan. He was preceded in death by his parents; wife, Bernice; three brothers, Harry, Eugene and Kenneth; three sisters, Dorothy Hopkins, Florabelle Bend, and Mary Zimmerman; son-in-law, Ken Pickett, and dear "coffee" friend, Mary Jo Adler. A Celebration of Life gathering to be announced. Cremation rites have been accorded. A memorial has been established at The Immanuel Lutheran Church, Rock Falls, IL.
Saturday
19
June

Share Your Memory of
Lyle
Upload Your Memory View All Memories
Be the first to upload a memory!
Share A Memory
Send Flowers
Plant a Tree