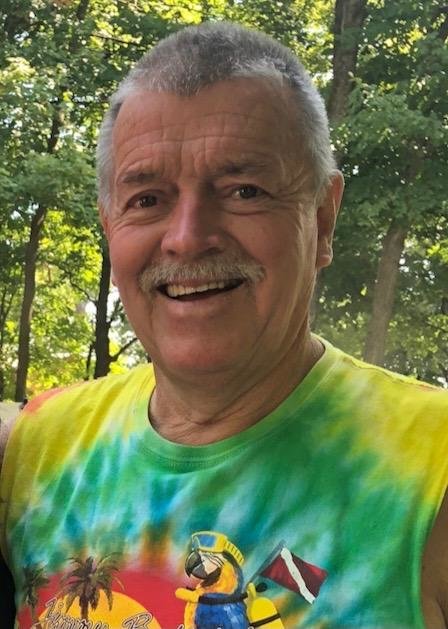 Please share a memory of Kendall to include in a keepsake book for family and friends.
View Tribute Book
Kendall Wallingford Jr., (Wally), 69 from Dixon, Illinois passed away in his home on June 3, 2021, surrounded by his wife Debbie, daughter Roberta, son Kendall III and best friend Dave Jacobs (Gumby) Ken was born January 9, 1952 to Kendall Wallingford Sr. and Marjorie Brunk Bittorf. He is preceded in death by his father, Kendall Wallingford Sr.; mother, Marjorie Brunk Bittorf; and sister, Kalah Wolfe. Survivors include his wife, Debbie; daughter, Roberta (Paz) Martinez of Sterling IL; son, Kendall (Brandi) Wallingford III of Chesapeake VA; brother, Kelly (Lori) Wallingford of Sterling; grandchildren, Mariyah, Trinity and Mateo Martinez and Kaden and Drezden Wallingford. A jack of all trades, a bird watcher and nature lover, a gardener, a master of any craft, a perfectionist, a master chili maker, a lover of regular margarita on the rocks, Las Palmas chips and tacos al carbon served by his favorite waiter Julio. He could spark a conversation with any stranger and minutes later they would become friends. An honorary “Jamerican” citizen who enjoyed the beauty, the people and the culture of the islands. An avid traveler who loved traveling to the Caribbean islands with his best friend (his wife) along with an amazing group of friends that accompanied them on their island travels. He loved his furry redheaded dog Lucy, which ended up being his greatest sidekick! God must have needed something done up there because he took the best there ever was. Ken,or Wally as he was called by all who knew him, worked at National Manufacturing in Sterling and Rock Falls for over 30 years. He refurbished the Christmas tree on top of Sterling National plant building that was previously made by his grandfather, Lewis Brunk Sr. Memories from his grandchildren include: (Drezden) Bapa was a huge goofball and loved messing with his grandkids. One of Drezden’s favorite memories with Bapa was when the lawn mower ran out of gas while Drezden was riding it and Bapa made him think he broke the mower. (Kaden) Whenever we came home to visit Bapa he would always walk us around the house. My favorite memory is when we were picking radishes out of the backyard garden and he handed me one and said try it and they were the worst thing ever. (Mateo) He was the type of man who would sit through his children and his grandchildren’s performances, beaming with pride. He loved watching his (grand) kids perform whether that be on a softball field, a stage, or swimming pool. He was there to give us a hug and tell us how great we did even when we were soaking wet from sweat and didn’t think we did our best. He still managed to make us feel so accomplished of our work. (Trinity) Bapa made the best “Pool food” which included deep fried corn dogs, and seasoned french fries. He also made Angelos bread. He was known for his silly faces and smart comments, fluent with sarcasm. He always made chicken nuggets and fries for me when I came over and I woke up to fresh bacon in the morning. Bapa always cuddled me when I was sad and made sure I would smile every time we saw each other. (Mariyah) Bapa worked hard and played hard. His quick wit always made everyone laugh. He was the best grandpa grandkids could’ve ever asked for. I’ll remember him best in his elements of gardening, riding the lawn mower, walking in the yard with the dogs, laying down on the floor, tanning by the pool, and working in his shed. It’s hard to put into words just how much he did and who he was because he was a man of many talents who touched the lives of everyone around him. Which is why this has been so hard on all of us. We are lucky to have known a man like Bapa. But rest assured he’s probably on the beach, sippin on a huge margarita or drinking Yellow Birds in his speedo up there, patiently waiting for us to join the party Celebration of Life will be held on Thursday, June 10, 2021 at Abiding Word Church located at 806 East Lynn Boulevard, Sterling, IL. Service will begin at 5 p.m. (Caribbean attire encouraged). Arrangements were completed by Schilling Funeral Home, Sterling. Condolences may be sent to www.schillingfuenralhome.com.
Thursday
10
June

Share Your Memory of
Kendall
Upload Your Memory View All Memories
Be the first to upload a memory!
Share A Memory
Send Flowers
Plant a Tree