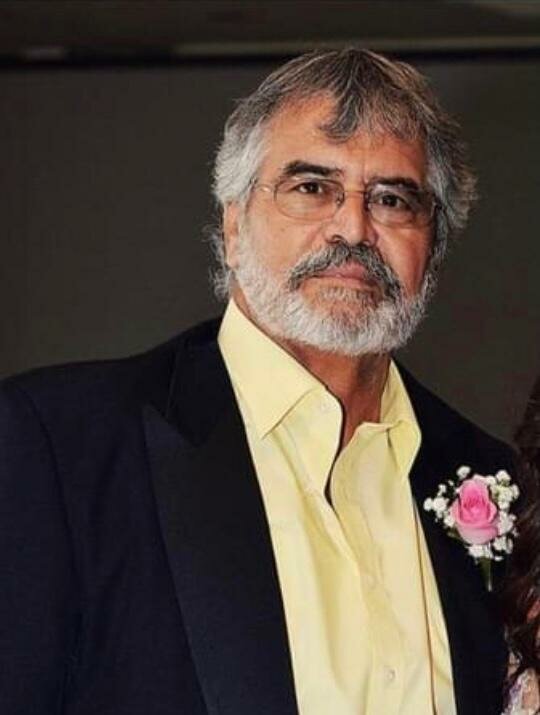 Please share a memory of Reginaldo to include in a keepsake book for family and friends.
View Tribute Book
Reginaldo Gómez Sr. passed away on Thursday, December 23rd, 2021 at CGH Hospital in Sterling, IL. He was born on October, 6th 1953 in Tamaulipas, Mexico to Emigdio and Alejandrina Gómez. He moved to Sterling in 1970 where he worked at Northwestern Steel and Wire & later Azcon Metals. He retired in 2018 after 45 years of service and touched the lives of many coworkers over those years. Reginaldo was an avid sports fan and enjoyed watching the Chicago Bears and the Chicago Cubs but especially loved watching his grandchildren play sports. He cherished the opportunities he had to coach their teams while watching them grow up. As he grew older, the simplest pleasures in life brought him the greatest of joys, such as birdwatching from his front yard swing or sitting on the back patio watching an intense storm. Reginaldo will be remembered for many things but most notably for his devotion to his wife, Leticia. They were truly best friends and nearly inseparable over their 48 years of marriage. Her creative mind combined with his handyman skills allowed them to continuously remodel their home and complete numerous projects, bringing her visions to life. The two of them provided an excellent blueprint to build a strong foundation. He will be missed immeasurably by his wife, Leticia Gómez; his three children, Reginaldo (Consepción) Gómez Jr. of Chandler, AZ, Alfredo (LindaRa) Gómez of Rock Falls, IL, and Leticia (Rico) Guerrero of Sterling, IL; seven grandchildren, José Gómez (Paige Larson) of Chicago, IL, Victoria and Gavin Gómez of Chandler, AZ, Joaquin Guerrero of Sterling, IL, and Makeo, Mandalay, and Aurora Gómez of Rock Falls, IL; 12 beloved siblings and many cousins, nieces, and nephews. Reginaldo was preceded in death by his parent's Emigdio and Alejandrina Gómez; and his brother Emilio Gómez. The visitation will be held at Schilling’s Funeral Home in Sterling, IL on Tuesday, December 28th from 6 pm - 8 pm. Mass will be held at St. Mary’s Church at 11 am on Wednesday, December 29th followed by a burial service at Oak Knoll Memorial Park in Sterling, IL. A GoFundMe memorial fund has been set up on Reginaldo’s behalf. Donations can be made by clicking here or by visiting https://gofund.me/8e35038e.
Tuesday
28
December

Mass Of The Christian Burial