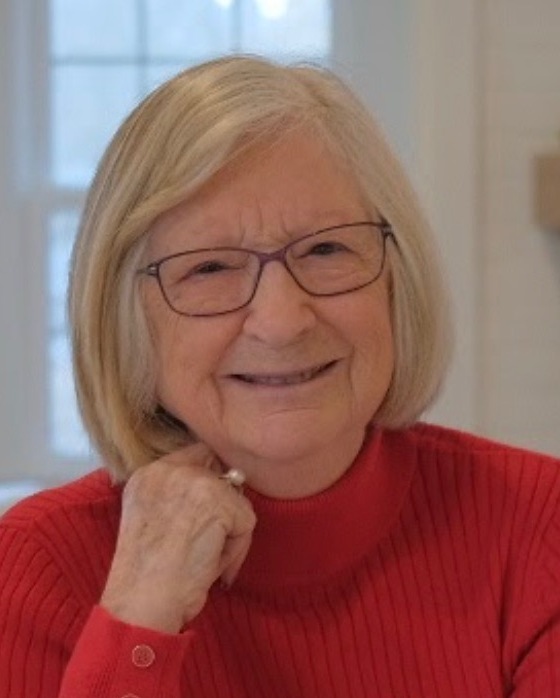 Please share a memory of Phyllis to include in a keepsake book for family and friends.
View Tribute Book
Phyllis M. Duhm Born: October 9, 1930 Died: January 5, 2022 Phyllis M. Duhm, 91, of Sterling and Rock Falls, passed away peacefully on Wednesday, January 5, surrounded by her family at her home in Rock Falls, Illinois. Phyllis was born on October 9, 1930, in Saltfleet, near Hamilton in Ontario, Canada. She was the daughter of Joseph and Dora (Parsons) MacIntosh. She married Donald Duhm on April 20, 1990, in Sterling, Illinois. Donald preceded her on April 3, 2007. Phyllis worked at Sullivan and McGee optometry in Sterling for 16 years and was a resident of the Sterling/Rock Falls area for over 70 years. Upon her retirement, Phyllis and Donald traveled extensively throughout the United States and Europe. She loved her visits to France and her ancestral home area of Northern Scotland most of all. Her Scottish heritage was an essential part of her life. She spent considerable time researching her heritage and sharing her findings with her family. Phyllis also enjoyed her winter home in Florida and spent a straight 29 years there during the winter. Phyllis was an avid gardener, casual oil painter and shark tooth hunter. She spent many years participating in the local Garden Show and was a longtime member of the First Presbyterian Church in Sterling. Survivors include her sons Bruce (Susan) Putman of Woodstock, IL, Scott Putman of Sterling, IL, and daughter Lisa Putman of Citrus Springs, Florida. She is also survived by seven grandchildren and ten great-grandchildren. She is also survived by one sister Betty Woodworth of Ontario, Canada, and seven nieces and nephews. Phyllis was preceded in death by her parents; her sisters Eleanor MacIntosh, Margaret Thornley, Josephine Woods, and Jean Bastin; and her brother Ian MacIntosh. Visitation will be held at Schilling Funeral Home in Sterling, IL, at 9 AM-11AM Monday, January 10, 2022. A private memorial service will be held at a later date. In lieu of flowers, memorials may be directed to the First Presbyterian Church. Condolences may be sent to www.schillingfuneralhome.com. Special thanks to the staff at the Northwestern Hospital staff in Huntley, Illinois, to Rock River Hospice and Home of Sterling, and her daughter Lisa, granddaughter Ashtin, and grandson Austin for her care during her time of need.
Monday
10
January