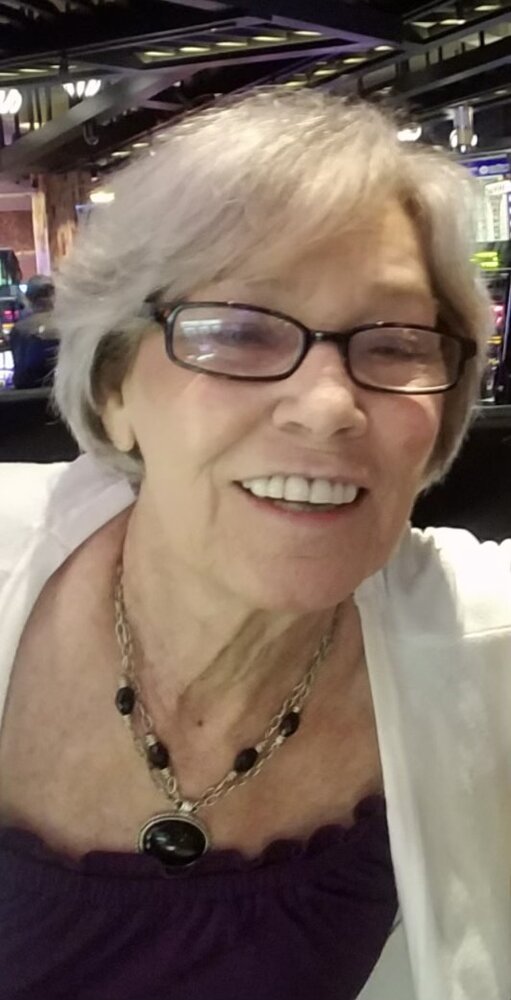 Please share a memory of Ann to include in a keepsake book for family and friends.
View Tribute Book
Ann (Slusser) Mennenga, 74, of Prophetstown, formerly of Colona, passed away Tuesday, January 18, 2022, in her home surrounded by her loving family. Ann was born April 14, 1947, in Ozark, Arkansas to Troy Lee and Mary Annie (Peppers) Slusser. In 1963, Ann married Ronald Keefer. They had two daughters, Kimberly Ann Keefer and Veronica Lee (Keefer) Stafford. They later divorced. On February 20, 1973, Ann married Kenneth Mennenga and they had one daughter, Kendra Rae Mennenga. Ann was a beautician for 10 years and the bar manager at Oakwood Country Club for over 20 years, from which she retired in 1998. Through the many phases of Ann’s life, she continued to be a devoted wife, caring mother, doting grandmother and loyal friend. Ann cherished the company of loved ones most of all. Whether she be hosting a party for friends, cooking a generous supper for family or crafting and making potions with her grandchildren, she was happiest when loved ones were near—provided she had two cups of coffee first. Nano was most proud to teach all six of her granddaughters how to make her special fudge. Ann was also a knowledgeable admirer of nature and a skilled garden cultivator. Picking beautiful flowers from her beds, tasting her homegrown strawberries and peppermint, listening to a thunderstorm on her screened porch and spotting a hummingbird or oriole were treasured simple pleasures. Ann loved all animals, particularly her favorite dogs including Nova, Bruiser, Red and Ixie. Love, laughter, creativity, comfort and togetherness were the pillars of Ann’s beautiful life. Ann is survived by her husband, Kenny of 48 years; her brothers Troy Faye Slusser, of Rock Falls, Larry Slusser of Cabot, Arkansas, Mike Slusser of Marshall, Texas; her three daughters Kim Keefer, of Mesa, Arizona, Veronica Stafford, of Prophetstown and Kendra (Jerry) Mennenga of Colona; one son-in-law Steve Stafford of Iowa City, Iowa. Our Nano is survived by her six granddaughters, Kelsie (Alex) Stafford, Karlie (Seth) Cady, Kenadie (Kody) Buysse, Reghan Buysse, Madisyn Buysse and Aunee Reyes. Preceding Ann in death were her parents; siblings, Jimmy Slusser, Gordon Slusser, Dorothy Slusser and Bob Slusser. In lieu of flowers, please consider donating to the National Audubon Society or the Hummingbird Society of America in Ann’s honor. As Nano would say, “Yins make this house a home.”

Share Your Memory of
Ann
Upload Your Memory View All Memories
Be the first to upload a memory!
Share A Memory
Plant a Tree