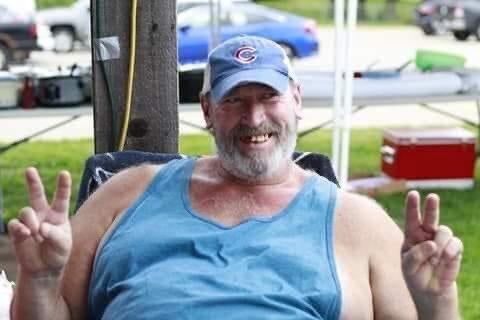 Please share a memory of Steven to include in a keepsake book for family and friends.
View Tribute Book
Steven L. Ward, 61, of Rock Falls, died March 3rd, at his home. Steve was born October 30, 1960. He was the son of Junior and Dora (Glover) Ward. He married Alene Bertolozzi on September 13, 1985. Big Steve was a handyman who loved being outdoors gardening and canning. He loved listening to music loudly, cooking, and grilling for his family and friends. Survivors include his mother Dora Ward of Oakland City, IN; his wife Alene of Rock Falls; two sons, Christopher Bertolozzi of Sterling and Steven Ray Ward of Rock Falls; one sister Donna (Jeff) Bralley of Oakland City IN; three grandchildren Lyric Bertolozzi, Jordan Bertolozzi, and Hunter Bertolozzi; two nieces Courtney (Jason) Walsh and Heather (David) Hose and many more nieces and nephews. He was preceded in death by his father, Junior Ward and one brother, Jimmy Ward. Visitation will be held from 1pm to 3pm on March 5, 2022, followed immediately by a memorial service officiated by his brother-in-law, Pastor Jeff Bralley. All services will be at Schilling Funeral Home 702 1st Ave Sterling IL 61081. In lieu of flowers, donations can be made directly to the family. Condolences may be sent to www.schillingfuneralhome.com.
Saturday
5
March

Share Your Memory of
Steven
Upload Your Memory View All Memories
Be the first to upload a memory!
Share A Memory
Send Flowers
Plant a Tree