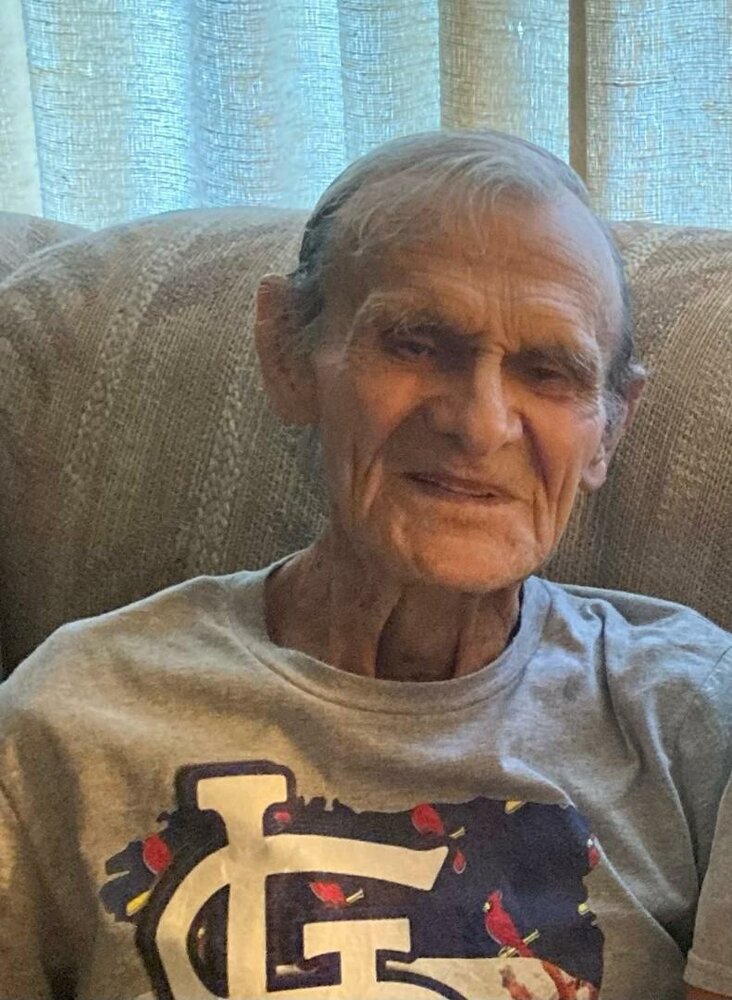 Please share a memory of Howard to include in a keepsake book for family and friends.
View Tribute Book
STERLING- Howard T. Noblin, 89, of Sterling passed away at his home surrounded by family on April 12, 2022. Howard was born December 19, 1932 in Walnut Ridge Arkansas the son of John and Sophronia (Howard) Noblin. He married Patricia Ford on September 28, 1957 in Sterling. Howard served four years in the United States Navy during the Korean Conflict. He farmed for a short period of time after he served in the Navy, and then worked for North Western Steel & Wire for 40 years until his retirement. He enjoyed hunting, fishing, morel hunting, loved to garden and cook. Family was important to Howard, he knew no stranger, and was everyone's neighbor. He was an avid St. Louis Cardinal, and Chicago Bears fan. In his younger years some of his hobbies included flat track racing, and hill climbing. He was also an avid nature lover including Watching Eagles, and caring for raccoons. Survivors include four daughters Alice Dravis of Sterling, Nancy Brady of Guttenberg IA, Pam (Gaylon) McKenna of Sterling, and Sarah Noblin of Sterling; two sons Wendell (Debbie) Noblin of Bedford KY, and Howard Thomas (Kenna Lohn) Noblin Jr. of Medina TX; one brother George Noblin of Arkansas; 23 grandchildren, and 35 great-grandchildren and growing. Howard was preceded in death by his parents; twin brother and sister in infancy; two sisters Mary Manning, and Nancy Lamb; two son-in-laws Joe Dravis and Mark Brady;one nephew Stanley Manning; grandson Kaleb Ebersole, and one great granddaughter Jade Tedrick. Visitation will be from 4PM-7PM Monday April 18, 2022 at Schilling Funeral Home in Sterling. Funeral will be at 11AM Tuesday April 19, 2022 with visitation one hour prior from 10AM-11AM with Dalmus Meeks, officiating. Burial will take place at Oak Knoll Memorial Park following the funeral. A memorial has been established. Condolences may be sent to www.schillingfuneralhome.com
Monday
18
April

Visitation Prior To Funeral

Share Your Memory of
Howard
Upload Your Memory View All Memories
Be the first to upload a memory!
Share A Memory
Send Flowers
Plant a Tree