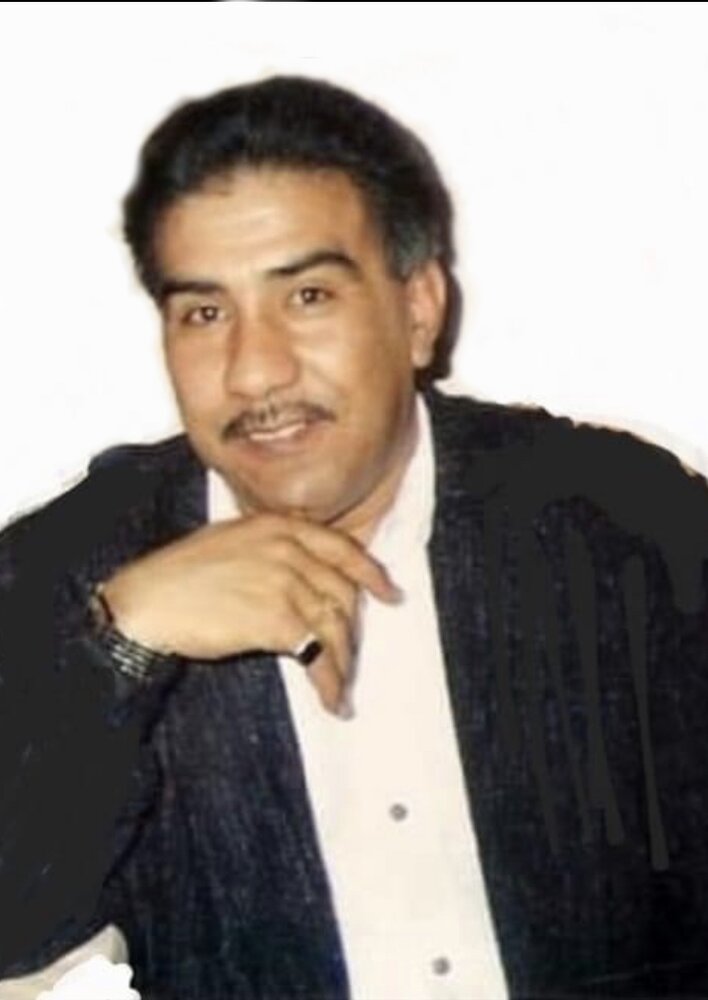 Please share a memory of Joe to include in a keepsake book for family and friends.
View Tribute Book
Jose V. Garza, 70, of Sterling, died Monday, May 16, 2022, at Javon Bea Hospital in Rockford. Jose was born May 7, 1952, in Robstown, Texas to Rogelio Garza and Pauline (Valerio) Garza. Jose was employed by Northwestern Steel & Wire Company for 30 years, at which time he retired as a Crane Operator. After retirement, Jose lived life to fullest by serving the Sterling/Rock Falls community with his food truck, Big Dog on Wheels, serving up the best hot dogs, nachos, and tacos on the West side; Mr. G’s DJ service, playing some of the best Tejano music around; and last, but not least, the infamous Crazy Joe’s party bus, where “What happens on the bus, stays on the bus.” In Jose’s spare time, he was an avid collector of everything and anything. If you were in need of something, you could guarantee Jose would not only have 1, but, more than likely 3 or 4. Jose never asked for anything in return. He enjoyed frequenting thrift stores, “Toto’s store,” and he loved a good rummage sale. He enjoyed spending time at his Man Cave and making frequent improvements to the building. Jose’s family was his pride and joy. He was a kind man with a huge heart. Jose had a story for everyone. He often told the grandkids the most awesome stories, such as the time he played in the NBA with Michael Jordan. Jose would be the first to tell you he could not sit for too long. He was always on the go. His famous words before heading to his next stop were, “ Welp, gotta boogie. Got people to see and places to go.” Survivors include his fiancée, Carmen Villegas; four daughters, Tina (Terrence) Thomas; Missy (Bengie Phillips); Ali (Dave) Sadler; Vanessa Villegas (Andrew Knapp); one son, Jose V. Garza, Jr. (Hilary Baird); one step-son, Manuel (Toto) Villegas; six granddaughters, Denajha; Jynessa; Aryah; Lenayah; Aaliyah; Amyah; seven grandsons, Bengie Jr.; Romeo; Jayden; Terrence Jr.; Roman, Kaedon; Antonio; and two great-grandchildren, Gianna and Jahmir; five sisters, Juanita (Pedro); Mary (Fernando); Margie; Paula (Gabriel); Belinda (Greg); and two brothers, Frank (Jane); Johnny. Jose was preceded in death by his parents, Rogelio and Pauline Garza; one infant son, Jose V. Garza, Jr.; one brother, Rogelio; one sister, Lydia; and one infant great-grandchild, Angel Jose. Visitation will be Friday May 20, 2022 from 3PM-6PM at Schilling Funeral Home & Cremation, Sterling, with Pastor Larry Harts, of City of God, officiating. Graveside service will follow on Saturday May 21, 2022, procession will leave Schilling Funeral Home at 2PM for graveside services and burial at Calvary Cemetery, in Sterling. A memorial has been established. Condolences may be sent to www.schillingfuneralhome.com
Friday
20
May

A procession will be leaving Schilling Funeral Home at 2PM on Saturday May 21, 2022, and proceeding to Calvary Cemetery for graveside service and burial of cremains.
Online Memory & Photo Sharing Event
Online Event
About this Event

Share Your Memory of
Joe
Upload Your Memory View All Memories
Be the first to upload a memory!
Share A Memory
Send Flowers
Plant a Tree