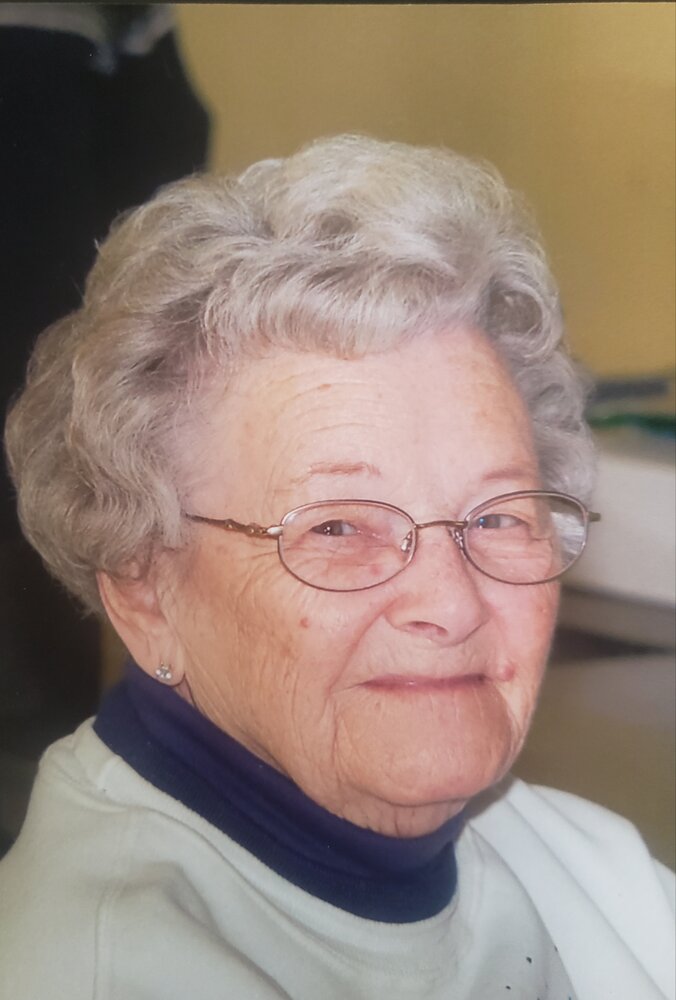 Please share a memory of Dorothy to include in a keepsake book for family and friends.
View Tribute Book
Dorothy Grace Siefken, 102, mother to Russell (Carol) Siefken of Sterling, and Steven (Deeny) Siefken of Morrison and sister to Helen Wagenecht of Morrison, passed away on Sunday, June 19, 2022 at Resthave Home in Morrison surrounded by family. Born at home on April 28, 1920 to Earl Francis and Ethel Marie (Widdle) Hiddleson. Dorothy had three grandchildren Tara (Rich) Curtis of Dixon, Mandy (Paul) Freeman of Morrison and Jeffery (Shannon) Siefken of Wisconsin; eight great-grandchildren. She married the love of her life, Russell Garrett Siefken Sr., on Valentines Day, February 14, 1942. He preceded her in death on August 14, 2015 at the age of 94. She was a member of the Morrison United Methodist Church since 1937. Dorothy worked at Volckman Furniture Company in Morrison and 19 years at Resthave Nursing Home in Morrison. She was preceded in death by her husband Russell Garrett Siefken, Sr., three brothers George Hiddleson, William Hiddleson, and Earl Hiddleson. Funeral service will be 10AM Thursday June 23, 2022 at Schilling Funeral Home & Cremation in Sterling, with Reverend Polly Klimson, officiating. Visitation will be one hour prior to the service from 9AM-10AM. Burial will follow at Grove Hill Cemetery in Morrison. A memorial has been established. Condolences may be sent to www.schillingfuneralhome.com
Thursday
23
June

Share Your Memory of
Dorothy
Upload Your Memory View All Memories
Be the first to upload a memory!
Share A Memory
Send Flowers
Plant a Tree