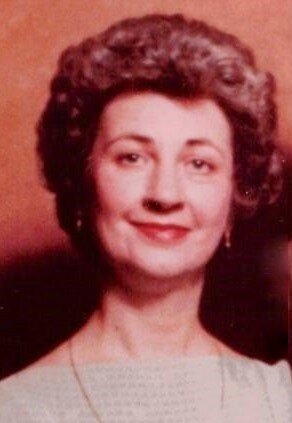 Mary Jo (Bickford) Bressler, 83, of Palm Harbor, FL, passed peacefully June 21, 2022. Born July 16, 1938 to Evelyn (Schmitt) and Ned Bickford in Sterling, IL she graduated from Sterling High School, attended Carthage College, and taught Second Grade until she married her high school sweetheart, Neal Bressler, on August 15, 1959. They moved to Monterey, California for Neal to train and serve in the Army National Guard. After his military service, they started their family in Sterling moving many times while Neal worked in banking. Mary Jo, a homemaker, became active in each community, substitute teaching and volunteering with local service agencies. Neal and Mary Jo moved to Florida in 1984 where she worked with J.C. Penney, World Book International, and The Sharper Image setting records for highest sales. She possessed a strong and deep faith. This faith guided her approach to life, leading to the miracle of overcoming a brain tumor at 55. Six months following diagnosis, the tumor had vanished, leaving her physicians without a medical explanation. Mary Jo cherished spending time with her family and had the opportunity to build relationships with her grandchildren before her decline. She was an educator at heart and never stopped inspiring others to be curious and to love reading and learning. A natural story-teller and comic, she always had an audience hanging on each word or laughing at something she said or did. Mary Jo was athletic, loving softball and playing on the women’s varsity basketball team in college. She was also adventurous and had a great love for the outdoors as well as for gardening and cooking. Mary Jo is survived by her husband, Neal Bressler; twin daughters Barbara (Thomas) Robbins of Dubuque, IA and Beth (John) Metzler of DeKalb, IL, her son Scott of Clearwater, FL; grandchildren August Metzler, Andrew Marnocha, Katherine (Cody) Metzler Ballenger, Alexander Robbins and great grand-daughter, Charlotte Ballenger. She was preceded in death by her parents and two sisters, Sally Ballard and Barbara Hoy Franklin. Visitation will be Saturday, July 9, 2022 at Schilling Funeral Home, 702 First Ave, Sterling, IL 61081 from 12:30 p.m. - 2:00 p.m. with a service immediately following at 2:00 pm. Following the service, a prayer session and blessing will be held graveside at Mapleridge cemetery adjoining First Lutheran Church-Jordan, on Hwy 40, north of Sterling. A memorial has been established. Memorials may be sent to Schilling Funeral Home, P.O. Box 592, Sterling, IL 61081, and will be forwarded to the family.
Print
Saturday
9
July