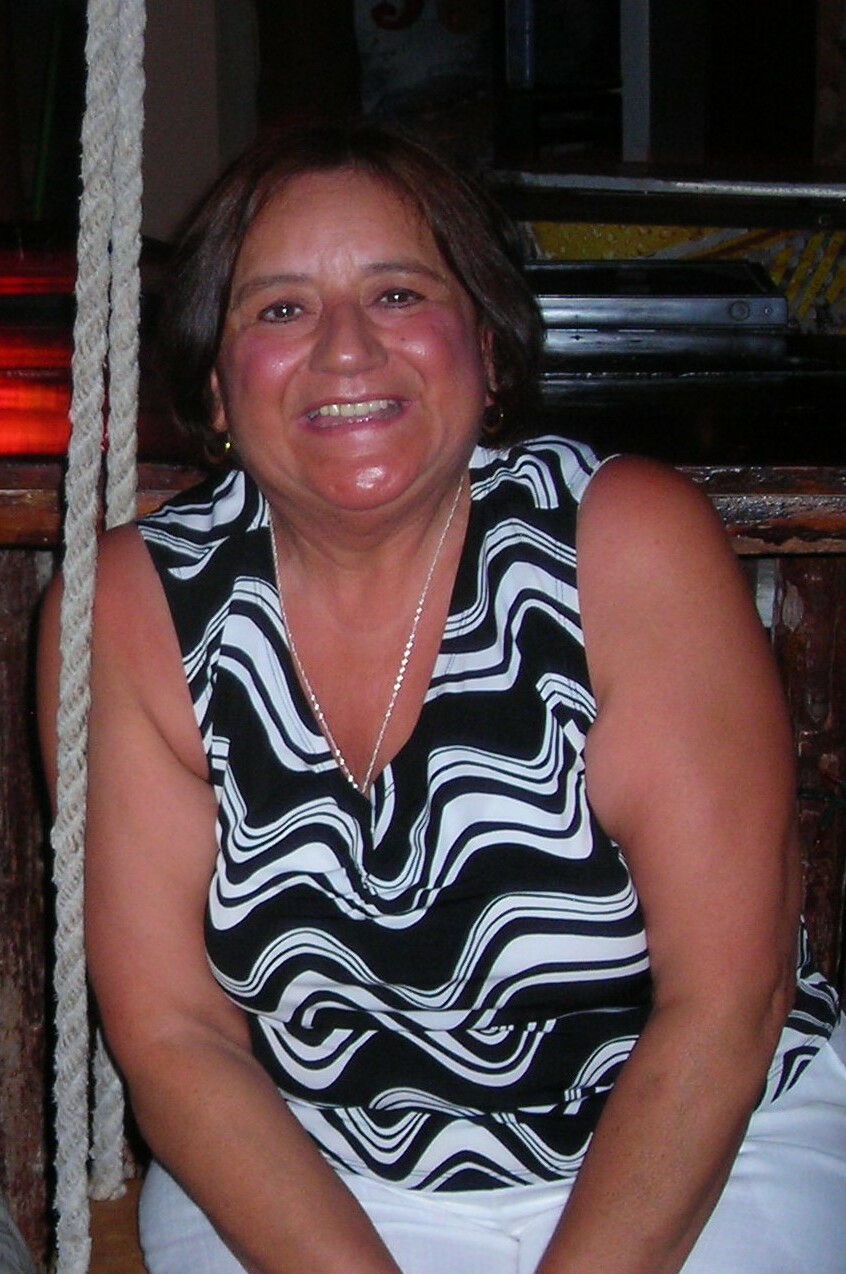 Please share a memory of Maria to include in a keepsake book for family and friends.
View Tribute Book
Maria Christina Marruffo passed away on May 20, 2022, at her home in Las Vegas, NV. She was born December 20, 1952, in Sterling, IL to Manuel Marruffo and Aurora Chaparro of Los Angeles, CA. After graduating from Newman Catholic High School in 1971, she began a professional life in service to those in need at the Illinois State School. Later, she led a successful career as a Caseworker for the Illinois Department of Corrections, where she retired after 32 years of service. She settled in Dixon, IL, then Florida for a time, eventually finding peace in Las Vegas, NV. Throughout the chapters of her life, she established life-long friendships, made a difference in her community, and raised her two sons. Maria’s life revolved around her family. She found no greater joy under heaven than being a Mother, a Grandmother, a Sister, an Aunt, and a friend. She loved baking for others, traveling, reading, tending to her garden, and volunteering where there was need. She was a devoted member of the St. Francis of Assisi Catholic Church in Las Vegas. Her greatest pride in life was in her two boys; her eldest graduating with his Juris Doctorate from Northwestern Law finding a career in Silicon Valley and her youngest graduating with his Masters from Penn State finding a career in the United States Navy. Her tremendous love and support made them who they are today. As a 30+ year cancer survivor, Maria did not fear death but appreciated life. Maria went by “Nina” since youth, a term of endearment for the light she carried within throughout the span of her life. She left us with a lifetime of beautiful memories of holidays well spent, warm laughter, and an undying support to those she loved. Maria is survived by her two sons; Gabriel Juarez of San Francisco, CA. and Eric (Claudia) Juarez of San Diego, CA. She leaves behind 5 grandchildren: Aida, Saul, Evangeline, Ahnyi, and Boyi, along with Alexa and Elle McIntyre with whom she had a special relationship with . Her siblings; Irene Flores, Catherine (Jeff) Tomaselli of San Antonio, TX., Joe (Cindy) Marruffo of Las Vegas, NV., and Margaret Ramirez of Rock Island, TN. She was preceded in death by her parents and three siblings: Cresencio and Cristobal Marruffo, and sister Gloria (Robert) Garcia. Cremation rites have been accorded, and a Celebration of Life service has been entrusted to Schilling Funeral Home with Funeral Mass, Burial Service, and Luncheon following. Maria will be put to rest with the cremains of her father, Manuel Marruffo. A memorial has been established. Condolences may be sent to www.schillingfuneralhome.com
Print
Friday
5
August

Look inside to read what others have shared
Family and friends are coming together online to create a special keepsake. Every memory left on the online obituary will be automatically included in this book.
View Tribute Book
Share A Memory
Send Flowers
Plant a Tree