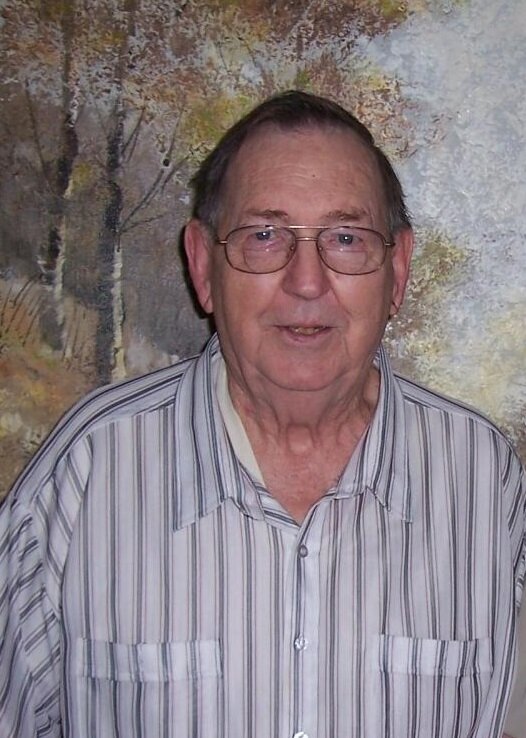 Please share a memory of Clarence to include in a keepsake book for family and friends.
View Tribute Book
Clarence V. Wolf, 96, of Sterling died Monday July 11, 2022 at CGH Medical Center in Sterling. Clarence was born November 21, 1925 in Sterling the son of Clarence and Viola (Immel) Wolf. He married Marilyn Bowen on July 6, 1949. Clarence served in the United States Army during World War II, and was at the Battle Of The Bulge. He enjoyed woodworking, and spending time with his grandchildren. Survivors include his wife Marilyn; two sons Loren Wolf of Sterling, and Bruce Wolf of Morton; two sisters Virginia Eckhart of Dixon, and LoraLea Hawk of Morton; three grandchildren Brian Wolf, Brent Wolf, and Heather Wolf; three great-grandchildren Easton, Bryson, and Ellie; one brother-in-law Lee Swords. Clarence was preceded in death by his parents; one sister Beverly Swords; one daughter-in-law Diana Wolf; and two brother-in-laws John Hawk, and John Eckhart. Graveside services with Military Rites will be 11AM Wednesday July 13, 2022 at Oak Knoll Memorial Park, with Reverend Leo Patterson, officiating. A memorial has been established. Condolences may be sent to www.schillingfuneralhome.com
Wednesday
13
July

Share Your Memory of
Clarence
Upload Your Memory View All Memories
Be the first to upload a memory!
Share A Memory
Send Flowers
Plant a Tree