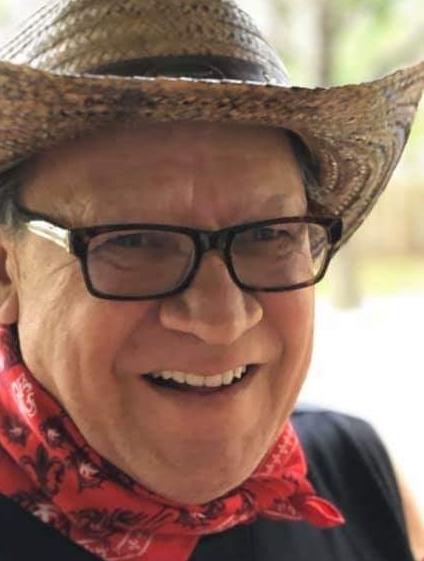 Please share a memory of Dave to include in a keepsake book for family and friends.
View Tribute Book
Dave Tamez Cantu, 72, of Sterling died Saturday July 30, 2022 surrounded by family at his home. Dave was born December 2, 1949 in Harlingen TX the son of Guadalupe and Nieves Tamez Cantu. He married Marina Lopez in St. Andrew’s in Rock Falls on April 28, 1973. Dave was the kind of person who would help people in need, he would give people shelter in his own house. He never judged anyone, loved everyone, and was a rock & roller until the end. Survivors include his wife Marina; three sons Julio (Barb) Cantu of Pinellas Park FL, Eric (Christi) Cantu of San Antonio TX, and Phillip Cantu of Sterling; one daughter Sarah (Travis) Cantu-Thom of Cibolo TX; two brothers Mario (Connie) Cantu of St. George UT, and Lupe (Liz) Cantu of Sterling; one sister Linda (Jim) Pitts of NC; ten grandchildren and one any day. Dave was preceded in death by his parents; and two brothers Geronimo Cantu, and Armando Cantu. Visitation will be 5PM-7 PM Thursday August 4, 2022 at Schilling Funeral Home in Sterling, reciting of the Rosary will take place at 4:30PM. Mass of the Christian Burial will be 10:30 AM Friday August 5, 2022 at St. Mary’s Church in Sterling. Following Mass, Military Honors will take place in front of church. A memorial has been established. Condolences may be sent to www.schillingfuneralhome.com
Thursday
4
August

Share Your Memory of
Dave
Upload Your Memory View All Memories
Be the first to upload a memory!
Share A Memory
Send Flowers
Plant a Tree