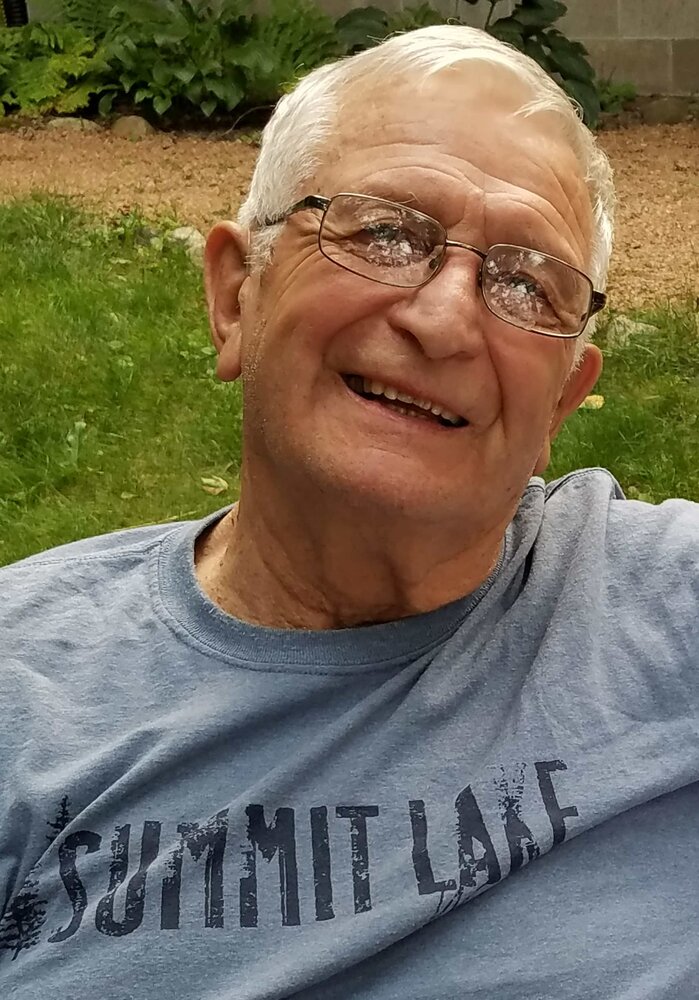 Please share a memory of Jim to include in a keepsake book for family and friends.
View Tribute Book
James William McKinzie, a pillar of the community, a respected Sterling High School coach and teacher and beloved husband, father, grandfather and great grandfather died peacefully at age 90 in Sterling Illinois on August 8, 2022. James, son of Ralph (Mac) McKinzie and Helen Elizabeth (Betty) Coffman was born in Peoria, Illinois on Aug. 17, 1931. He was preceded in death by his parents and two brothers Ralph Jr. and Robert. Jim graduated from DeKalb High School in 1949 and earned a degree in Education from Northern Illinois University before continuing on to complete a masters degree in Administration. An outstanding athlete at NIU, he set a national record for the most passes received in a season in football, was on the undefeated 1951-52 baseball Conference Championship team, and also starred on the basketball team. More importantly, he met the love of his life, Lenore Anne Olson and they were married August 29, 1953 at Bethany Lutheran Church in Chicago, Illinois. As a college athlete he was MVP in 2 major sports. He was inducted into the NIU hall of fame three times, as an individual player and as a team member in the 1951 football and baseball teams. He was part of the NIU Century Basketball Team and Decade “50’s” football team. As a coach he was also inducted into the Sterling High School Hall of Fame and the Illinois Basketball Coaches’ Association Hall of Fame. While he won many awards, he was always humble and his passion lay in helping others achieve their goals. After serving 2 years in the Army, he taught 2 years in Somonauk (Illinois) before dedicating 33 years of teaching (P.E., health, biology and driver’s ed) and coaching (football, basketball, track) at Sterling High School in Sterling Illinois (1958-1991). He impacted countless young lives in his role as an educator, coach, and mentor. He was also a director for 12 years at his parents’ boy’s camp in Northern Wisconsin. He is fondly remembered as ‘Papa Mac’, leading his daughter Karen and her “Golden Girl” teammates to the first girls State Basketball Championship in 1977. He also coached the 1979 third place and 1980 Elite 8 girls state basketball teams. Jim enjoyed painting, reading, travel and spending time up north at the family cabin in Wisconsin. He described himself as “an old fuddy duddy”, but he will be remembered for his integrity, kindness, generosity, tolerance and sense of humor. He is survived by his loyal, loving wife of 68 years Lenore and his family who adored him. His children Doug (Julianne) McKinzie, Pat (Gerald) McKinzie-Lechault, Sue (Clifford) Westphal, Karen (Dick) Carlson. 6 grandchildren Nathalie, Nicolas (Larissa), Marie (Austin), Hannah, Rachel, Mark, one great grandchild Hadley, and his step family, 3 grandchildren Sally (Dan) Woods, Ron (Maria) Westphal and Sarah Reiss, 7 great-grandchildren, and 2 great-great grandchildren. The family would like to extend their appreciation to Gaffey Home Health and Hospice Staff, and Parkway Center Staff for their compassionate care of Jim A Memorial Service will be hosted on Sunday, August 28th at the Schilling Funeral Home in Sterling, with visitation from 11-2 PM and service to follow at 2 PM. In lieu of flowers, his family requests donations be made in his name to Jim & Lenore McKinzie Scholarship Fund care of Sterling-Rock Falls Community Trust, (Midland States Bank, 302 1st Ave, Sterling, Il 61081) to help a deserving student going into education or to the Sterling Schools Foundation (510 East Miller Rd, Sterling, Il 61081. www.sterlingschoolsfoundation.org) and Gaffey Home Nursing and Hospice 3408 River Road, #4159 Sterling, IL 61081. Condolences may be sent to www.schillingfuneralhome.
Sunday
28
August

Share Your Memory of
Jim
Upload Your Memory View All Memories
Be the first to upload a memory!
Share A Memory
Send Flowers
Plant a Tree