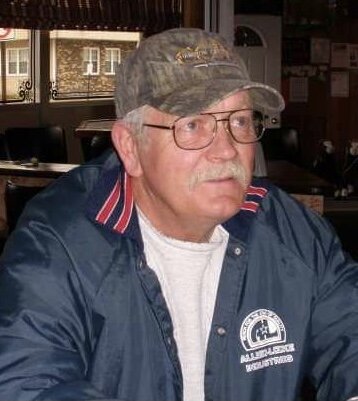 Please share a memory of Robert to include in a keepsake book for family and friends.
View Tribute Book
ROBERT “BOB” DENNIS HUDSON TAMPICO-Robert “Bob” Dennis Hudson, died Friday August 12, 2022 at his home. Bob was born January 14, 1942 in Sterling, the son of Clarence “Ty” D. and Ida Mae (Robinson) Hudson. He married Sharon “Ernie” Hudson in 1970 in Rock Falls. She preceded him in death on January 19, 2022. Bob loved to fish and hunt rabbits and squirrels. He was the best joke teller around. He will be missed by his family, including his three daughters, Kindra (Brian Oester) Leffelman of Amboy, Billie Jo (Brad Schreiner) Hudson of Rock Falls and Nancy Jo (David) Barnum of Rock Island; one son, Dennis (Michelle) Hudson of Sterling; one sister, Candace (Sue) John Gray of Rock Falls; two brothers, John (Maggie) Hudson of Rock Falls and Tim Hudson of Dixon; five grandchildren, John “Bud” (Destiny Dahler) Pearce of Rock Falls, Claudia (Bailey) Appleman of Amboy, Ashley Jo Barnum, Blake Hudson and Hannah Hudson and many nieces and nephews. He was also preceded in death by his son, Bud Robert Hudson; one sister, Sharon in infancy and three brothers, Frankie Hudson, Lloyd Hudson and Mike Hudson. Cremation rites have been accorded. Burial will be at a later date. A memorial has been established. Condolences may be sent to www.schillingfuneralhome.com.