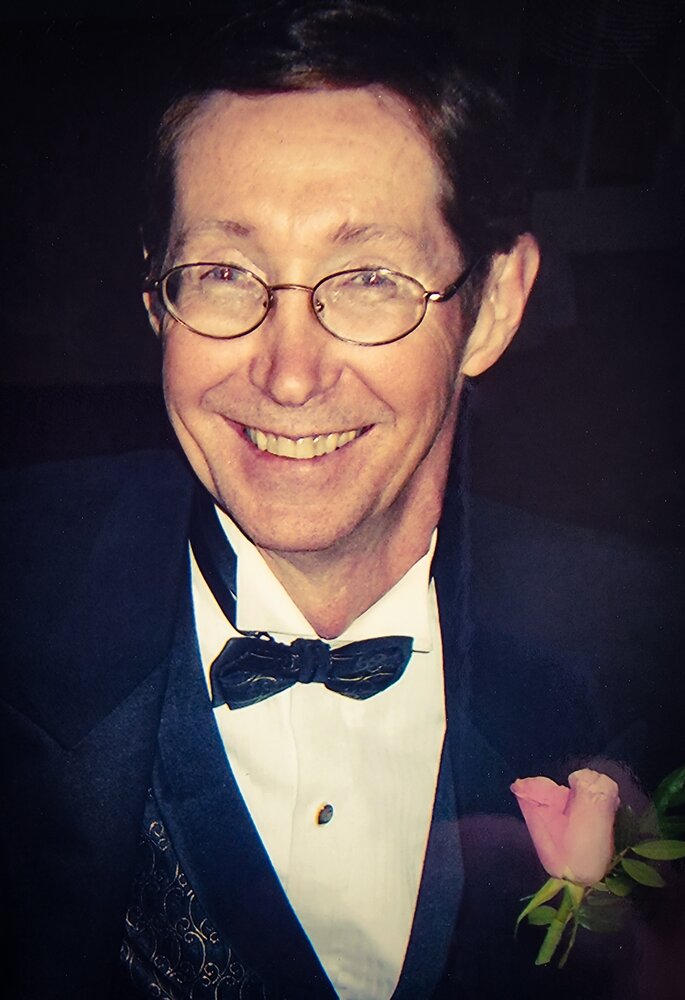 Please share a memory of Brian to include in a keepsake book for family and friends.
View Tribute Book
Brian Fairfax, of Phoenix, AZ, passed away peacefully Tuesday August 9, 2022 in Rockford, IL at the age of 75 with his wife and two sons by his side. Brian was born in Rock Falls, IL on January 9th, 1947 to the incredible Bob and Joyce Fairfax. At the age of 3, he contracted paralytic polio and spent months in the hospital. It was then and there that he decided to dedicate the rest of his life to helping people just as the doctors had helped him. His childhood was filled with surgeries, but it never dampened his spirits. Due to his limited mobility over the following years, he became absorbed with reading and learning about the world - a trend which continued for the rest of his life. When Brian was 11, his family moved to a beautiful home right on the Rock River in Sterling, IL. He was in heaven as he loved being on the water to boat, fish, and reflect. Bob and Joyce owned Fairfax Hardware in Sterling, so he also had a wealth of knowledge on the inner workings of, well, everything! Their home was always a central hub for parties, which he mostly enjoyed, until he decided to sneak away to read or listen to his records in peace. At the age of 17, Brian was just minding his own business at a jukebox in a local restaurant when Lyn Manfield walked up and told him exactly what song he needed to play on the quarter he had just inserted. Later, she told one of his friends that he needed to call and ask her out. He called her the next day and said, “I hear I’m supposed to ask you out.” This was the beginning of 57 years of love and devotion. They were formally married in Chicago at the Knickerbocker Hotel in 1969. Brian and Lyn both attended the University of Iowa where he earned his bachelor’s degree with honors in chemistry. He was then accepted to their medical school and soon narrowed his focus on dermatology. He trained to be a dermatologic surgeon and was one of the first physicians to practice Mohs surgery for the very technical and precise removal of skin cancers. In 1976, Brian and Lyn welcomed their first son, Jason, and the family soon moved west to Phoenix, Arizona so that Brian could start his own practice in Paradise Valley. Their second son, Logan, was welcomed shortly thereafter in 1979. The next 20 years saw Brian’s practice flourish. He treated between 50 and 60 patients a day and had such a great reputation that people would fly in to see him from all around the world. Thanks to his voracious reading habit, he could relate to teenagers and octogenarians alike. From Pearl Jam to Perry Como, from Paris to Perth, and from pyoderma to pityriasis he was very well versed. It helped that he was always patient, generous, and kind. At home, he loved spending time with Lyn and his sons. The house was always filled with laughter, learning, and play. Everyone was entranced with Carl Sagan’s Cosmos, and Lyn just shook her head when the three boys were dying of laughter watching Monty Python. Family vacation time was spent among the pine trees of Flagstaff, on the beaches of San Diego, and back where it all started, by the steady flowing Rock River in Sterling. Though he wanted nothing more than to continue practicing medicine, Brain was forced to retire early due to developing post-polio syndrome. For the next decade, he and Lyn traversed the US by car, visiting friends and seeing places they hadn’t yet explored. In 2009, tragedy struck when Brian suffered a massive stroke that left him with hemiparalysis and aphasia. Despite this very difficult experience of being wheelchair bound and unable to communicate with his former eloquence, with Lyn by his side, he persevered with physical therapy and a smile on his face. He loved spending time with his family, playing with his grandkids, and making their annual pilgrimage back to the Rock River. Brian’s wishes were to be cremated. As the late Carl Sagan once said, "The nitrogen in our DNA, the calcium in our teeth, the iron in our blood, the carbon in our apple pies were made in the interiors of collapsing stars. We are made of starstuff." And we who love and miss him don’t need the new James Webb Space telescope to find him because Brian is the brightest star in the sky, and he is a part of us all. He is survived by his wife Lyn Fairfax (Manfield) of Phoenix, AZ; his children Jason Fairfax of San Diego, CA and Logan Fairfax & his wife Shelley Fairfax (Huskey) of Maryville, TN; and his 3 grandchildren, Caden, Alex, and Izzy. A celebration of life ceremony will be held at a later date. A memorial has been established. Memorials can be sent to Schilling Funeral Home, PO Box 592, Sterling, IL 61081 and will be forwarded to the family. Condolences may be sent to www.schilingfuneralhome.com.