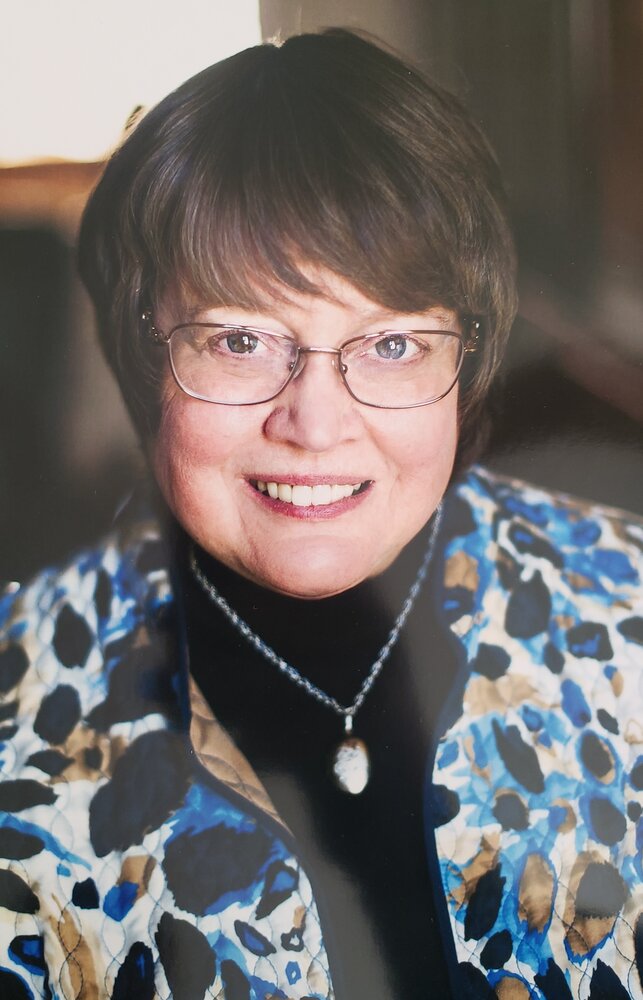 Please share a memory of Pamela to include in a keepsake book for family and friends.
View Tribute Book

Pamela Sue Pfundstein of Sterling passed away peacefully Wednesday, September 28th, 2022 surrounded by her family after a courageous fight with cancer.

Pamela was born on August 25th, 1953 in Monmouth, Illinois to Charles A. and Leah Belle (Hensley) Peterson.  Pamela grew up in the LaHarpe Illinois area and was Valedictorian of the Class of 1971 at LaHarpe High School.  In junior high she realized that she wanted to spend her life helping people through the vocation of teaching.  She attended Western Illinois University and graduated with a Bachelor’s Degree in Education in 1975, and a Master of Science in Education in 1980.  Teaching positions were scarce, but during student teaching the placement office at Western called and said there was an opening for a shorthand teacher in Mt. Carroll, Illinois.  It was there that she met a young man named Dale Pfundstein.

Dale and Pamela were married on June 25th, 1977 and moved to the Pfundstein family farm. There they raised two children, Emily and Cliff. Pamela continued to teach business and computers at Mt. Carroll high school until 1986 when she began teaching at Whiteside Area Vocational Center (now Whiteside Area Career Center).  Her classes focused on helping teach office, business, and sales skills to high school juniors and seniors. She worked with numerous local businesses to set up internships for students so they could do on the job training and gain experience in a field of their interest.  She also helped all students at WAVC to create a resume that they could use to apply for jobs. In 1992 she received the Teacher of the Year Award from the Northern Illinois Education Association. She started teaching at Prophetstown in 2002 teaching computer skills and business until she retired in 2014. After her retirement she continued to serve as a substitute for several years. Dale and Pamela traveled to 15 George Strait concerts, took many trips to Door County, Wisconsin, and Disney World.  They both enjoyed visiting antique malls along the way and finding treasures.

Many of Pamela’s past students still live in the Sauk Valley Area and many own their own businesses. Several found a career inspired by the work they did in her class. She is remembered for her hard work, her attention to detail, and her dedication to helping every student succeed.

She was preceded in death by her parents. She is survived by her husband of 45 years Dale Pfundstein; a daughter Emily (Peter) Pratt of Dixon, Illinois and son Cliff (Katie) Pfundstein of Sterling, Illinois; two brothers, Rex (Doris) Peterson of Bushnell, Illinois and Terry Peterson of LaHarpe, Illinois.  She is survived and beloved by her five grandchildren Elinor, Declan, and Archer Pratt, and Amelia and Fiona Pfundstein; several nieces and nephews.

In lieu of flowers a memorial has been established. A portion of the funds will be donated to the Sterling Public Library for children’s books per Pamela’s wishes.

Condolences May be sent to www.schillingfuneralhome.com