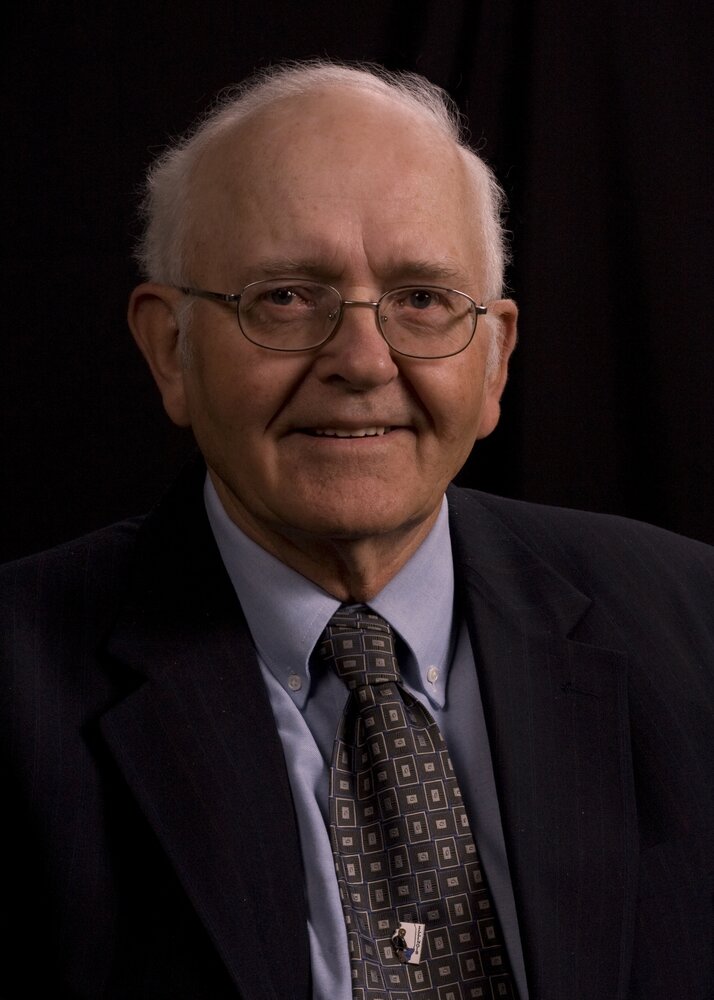 Please share a memory of George T. to include in a keepsake book for family and friends.
View Tribute Book

'   George T. Keller, “Tim,” of Sterling, IL, passed away peacefully with family at his
side September 30, 2022 at Rock River Hospice and Home in Sterling.
Tim was born in Sterling May 19, 1942 to Dr. Willard and F. Maude Keller. He was always proud of the fact that he was in the first 8 th grade graduating class at Jordan Grade School. He graduated from Sterling Township HS in 1960. He left
Shimer College to join the Peace Corps, working to educate relocated Aymara Indians in Bolivia from 1962 to 1964. He received a degree in Agronomy from the University of IL in 1968.
Tim married Carolyn Van de Walle in 1967. Their rings were made from the gold nuggets he brought back from Bolivia. They held their wedding reception at The Old Colony School in Bishop Hill. He worked as a Soil Scientist for the USDA, mapping soils in the Batavia area counties, transferring to Sterling in 1971, where they raised their two daughters. He began planting apple trees at their home site
in Sterling and began 41 years of custom cider making at their Ye Olde Cider Mill. After 10 years with the USDA, Tim returned to farming, planting black walnut trees, and raising dairy and a cow-calf beef herd.
Tim served in several capacities in many community organizations. He was a
board member of the Whiteside County Soil and Water Conservation District and held various positions with the Sterling-Rock Falls Historical Society. He was involved in the establishment of the Lincoln Statue and the restoration of the Lincoln-Manahan Home. His dream of having children tour the home became areality.
A major passion of Tim’s was prairie. There isn’t a prairie in Whiteside and surrounding counties without his footprint. He was co-founder of the WhitesideCounty Natural Area Guardians and the Prairie Preservation Society of OgleCounty. He served on the board of the Natural Land Institute and was a vital force in the restoration of the Nachusa Grasslands. Among his many recognitions for his
dedication to prairie was having the Keller Education Center named in his honor at the Byron Forest Preserve. In 2010, Tim was presented the Sterling High School Distinguished Alumnus Award.
While sometimes referred to as the “Godfather of the Prairie,” Tim particularly
enjoyed his role as “Poppo” to his grandchildren. He was a natural teacher, loving to share his interests in the environment, history, old trains, the nighttime sky,truly a list without end. He delighted in their eagerness to learn. Taking a drive or exploring a prairie with Tim was like having a professional tour guide lead the way. He made a lasting impact on anyone who knew him. He will be dearly
missed.
Tim was preceded in death by his parents and three brothers, Thomas, James,and Richard.
He is survived by his wife, two daughters, Kirsten (Jaimie Jorgensen) of Geneseo, and Laura (Dr. Paul Karazija) of Johnston, IA, five grandchildren, Cassidy, Madelyn and Avery Whitehead, Jacob and Addison Jorgensen, and two step-grandsons, Garrett and Griffin Karazija, a brother-in-law and sister-in-law Ron and Carol VanDe Walle, 6 nieces and nephews, and special friends, Fred and Renee’ Duncan.

Services will be at Schilling Funeral Home in Sterling on Saturday, October 8 th . Visitation begins at 10 a.m. with service at 11.

Memorials may be made to the Rock River Hospice and Home, the Sterling-Rock Falls Historical Society, Rock River Development Authority and any of the prairie conservation groups. A special thank you to the Sterling Fire Department for their kind assistance.

Share Your Memory of
George T.
Upload Your Memory View All Memories
Be the first to upload a memory!
Share A Memory
Send Flowers
Plant a Tree