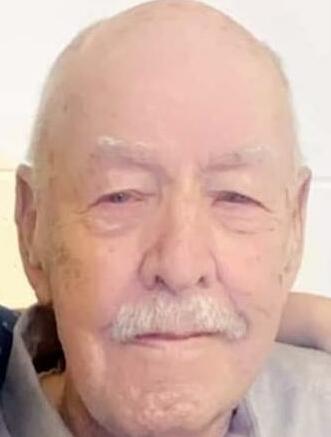 Please share a memory of Robert to include in a keepsake book for family and friends.
View Tribute Book

Robert (Bob) W. Burger Sr., 86, of Rock Falls died peacefully surrounded by family on October 24,2022 at his home. Bob was born on December 11, 1935 in Hayesville, North Carolina to Wilford and Clyde (Cherry) Burger. He was a graduate of Rock Falls High School in Rock Falls, IL. Bob started out working alongside his father and brothers in the family business of trucking and excavating, W.G. Burger and Sons. On February 14, 1964 he married Betty Cunningham and they shared 57 years together. In later years, he and his brother, Russell, bought the business from Wilford and changed the name to Burger Brothers Trucking and Excavating. They continued to grow the business and carry on the tradition of working with people solving their issues and making their visions become a reality. Burger Brothers is still alive today, four generations strong. Bob’s motto was “Find a job you love and you will never work a day in your life”. He was a testament to this because he worked until age 81. While in his sleep on the final days before his passing, you could find his feet and hands moving the controls on his favorite toy, the backhoe.  Bob was a lifelong contributor to his community and had a love of helping people in whatever way he could. He was known as “Backhoe Bob” and “Cheeseburger” by many. He was on the board of Midwest Truckers Association, an Indian Guides leader, School District 13 Board Member, and a Rock Falls City Council Member. He will never truly know how his life impacted others from being a life partner, a father, grandfather, uncle, mentor, or a friend. A quote from George S. Patten states: “It is foolish and wrong to mourn the men who had died, rather we should thank God that such men lived”. Thanks for being you, Dad, and you will be missed every day.

Bob was preceded in death by his wife Betty, his parents, two brothers, Preston and Russell Burger, one sister, Clara Marshall, and one daughter-in-law, Julie (Jeff) Burger.

Cremation Rites have been accorded and with a heavy heart we will carry out his wishes of no visitation and no grave site services .

We would love to hear your fond memories of our father. Memorial cards with memories can be sent to P.O. Box 107, Rock Falls, IL 61071.

Share Your Memory of
Robert
Upload Your Memory View All Memories
Be the first to upload a memory!
Share A Memory
Plant a Tree