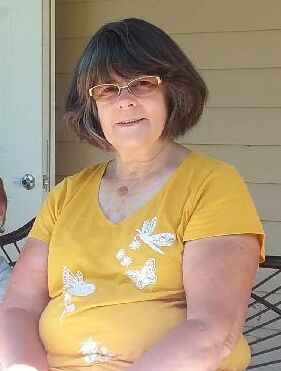 Please share a memory of Rita to include in a keepsake book for family and friends.
View Tribute Book

Rita Louise Helms, 73, died suddenly on Wednesday, November 2, 2022 at the University of Chicago Medical Center. Rita was born on September 9, 1949 in Morrison, the daughter of Lawrence and Mary Snyder Jensen.  Rita was a 1967 graduate of Sterling High School, where she met her high school sweetheart and future husband, Jim. She married James “Jim” Helms on June 14, 1969 at St. Mary’s Catholic Church in Sterling. Rita received her Associate’s Degree in Liberal Arts from SVCC in 1969. She later studied cosmetology at the Educators of Beauty in Sterling, IL, and graduated in the early 70’s.  She was a natural at hair design and style and made that her livelihood. Rita enjoyed using her hands to make people feel good about themselves, and enjoyed building a relationship with all she served. She built up a faithful clientele and many friendships were formed during her years as a hairdresser. Rita laid her scissors to rest in the summer of 2020 when she retired. However, she still enjoyed cutting her husband’s hair, her brothers, grandchildren, and other friends she had made along the way even though she had officially retired from the beauty shop she had been employed at.

Rita loved her family and spending time with them. She also enjoyed spending time outside in her many flower gardens. Rita liked to sew and had the ability to make all kinds of creations for those she loved most—her family. Shopping was a passion of hers and finding the best bargains and sharing the deals she found with her family brought her joy.

Rita will be remembered by her family as someone who gave her all in everything she did and always put them long before herself. She loved her family with her entire heart, soul, and being. She will be greatly missed, but she will live on in those who are left behind to cherish the precious memories she created with them while she walked this earth alongside and with them.

She was preceded in death by her parents, and one brother, Edwin Lee Jensen.

A celebration of life will be held at 12 PM on Monday November 14, 2022 at Schilling Funeral Home in Sterling with visitation prior from 10AM-12PM.

A memorial has been established to the American Heart Association.

Cremation rites have been accorded and burial will be at Riverside Cemetery.

Condolences may be sent to Schillingfuneralhome.com

Share Your Memory of
Rita
Upload Your Memory View All Memories
Be the first to upload a memory!
Share A Memory
Send Flowers
Plant a Tree