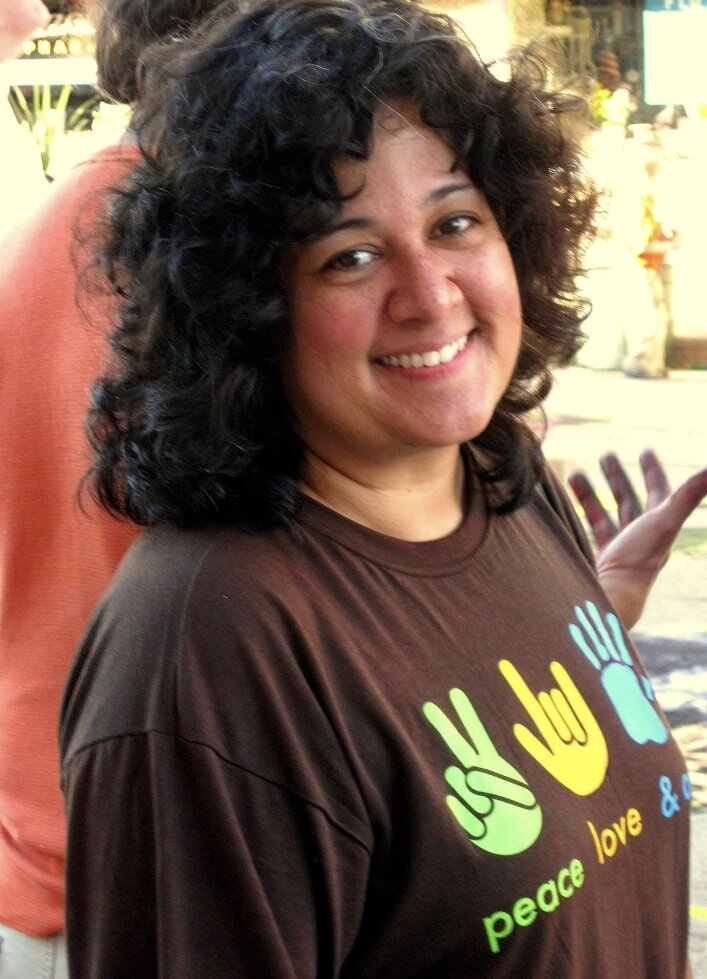 Please share a memory of Elisa to include in a keepsake book for family and friends.
View Tribute Book

Over the years, Elisa enjoyed working at Anderson Gardens in Rockford and in Morrison’s K&R Greenhouse and Odell Public Library. Her familiar smile and easy conversation at these establishments will be missed by many.

Elisa’s many interests included ‘growing cats,’ gardening, reading, drawing, writing, strolling, and taking in Buster Keaton films. Elisa was kind, smart, compassionate, and deeply empathetic. She showed tremendous concern and respect for nature, animals, and people. Elisa was a keen observer of activity in nature and humanity. Her warm and all-encompassing love for others made her the most thoughtful, generous friend. Elisa was endlessly creative in her art and at work. A nature mural painted by Elisa and her mother is still a stunning feature of the children’s area at Odell, where Elisa proved to be a natural storyteller with her kind and playful humor, delighting and inspiring many young readers. Her most cherished person on earth was her mother, Sandy, with whom she shared her interests, philosophical musings, smart humor, and everyday life. Elisa would remind us all to plant native, use fewer petroleum products, and stop using glitter.

Elisa is survived by her mother, Sandy Rideout of Morrison and many cousins and friends.

She was preceded in death by her father, Dick Rideout and one half-sister, Angie Rideout.

In lieu of flowers – seriously, no flowers – memorials may be made to Odell Public Library, 307 S.Madison St., Morrison, IL or the Natural Area Guardians (NAGS) c/o the Soil and Water Conservation District, 400 Wilkens Dr., Morrison, IL.

Cremation rites have been accorded. No services are planned at this time.

Share Your Memory of
Elisa
Upload Your Memory View All Memories
Be the first to upload a memory!
Share A Memory
Plant a Tree