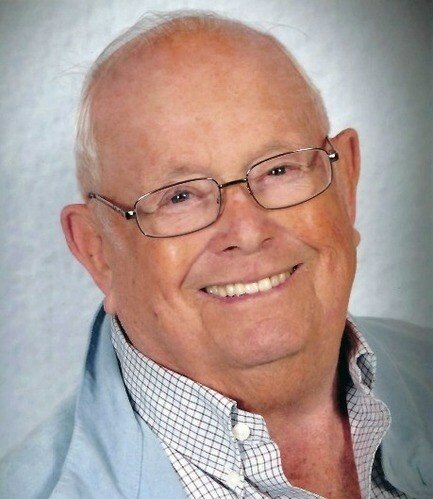 Please share a memory of Dolf to include in a keepsake book for family and friends.
View Tribute Book

Dolf Jakobs, 91, died peacefully on November 19, 2022, at Hospice of the Valley's Sherman Home in Phoenix, Arizona from complications of COPD. Dolf and his late wife Sonny, lived for the 47 years of their marriage in the Sterling area and later in Arizona. In 2005, he met and married Diane Cowf and spent a beautiful and loving 18 years together.

Born in Germany, Dolf and his older brothers Fred and Norbert survived the Holocaust by staying in hiding in Holland. They lived there after the war until they immigrated to the US in the 1950's and started farming together. Dolf and Norbert were partners for 40 years in Jakobs Brothers Farms, and were joined by their sons Joel, Tim, and David. Dolf had a passion for farming and the land. He worked with Joel to operate J&J Farms until just days before his passing.

Dolf is survived by his wife Diane, daughter Gerrie, son Joel (Jennifer); grandchildren Scott Katz (Kelly), Elana Clayman (Matt), Harrison, Kate, and Grace Jakobs; son in law Marty Katz; Diane's daughter Aimee Kelley; nieces, nephews, and their families; and his great grandson Noah Clayman, who he was delighted to meet in person before he passed. He was preceded in death by his brothers, his parents Samuel and Resy, his late wife Sonny, and his eldest daughter Noreen.

Funeral services will be held at Schilling Funeral Home, Sterling on Tuesday, November 29th at 10:30 AM, followed by burial at Riverside Cemetery, Sterling. A celebration of Dolf's long life will be at the Sterling Candlelight Inn following his burial. The family requests no flowers. Donations can be made in Dolf's memory to Hospice of the Valley, 1510 E. Flower Street, Phoenix, AZ 85014. His family are incredibly grateful for the compassionate care he received there in his final days.

Share Your Memory of
Dolf
Upload Your Memory View All Memories
Be the first to upload a memory!
Share A Memory
Send Flowers
Plant a Tree