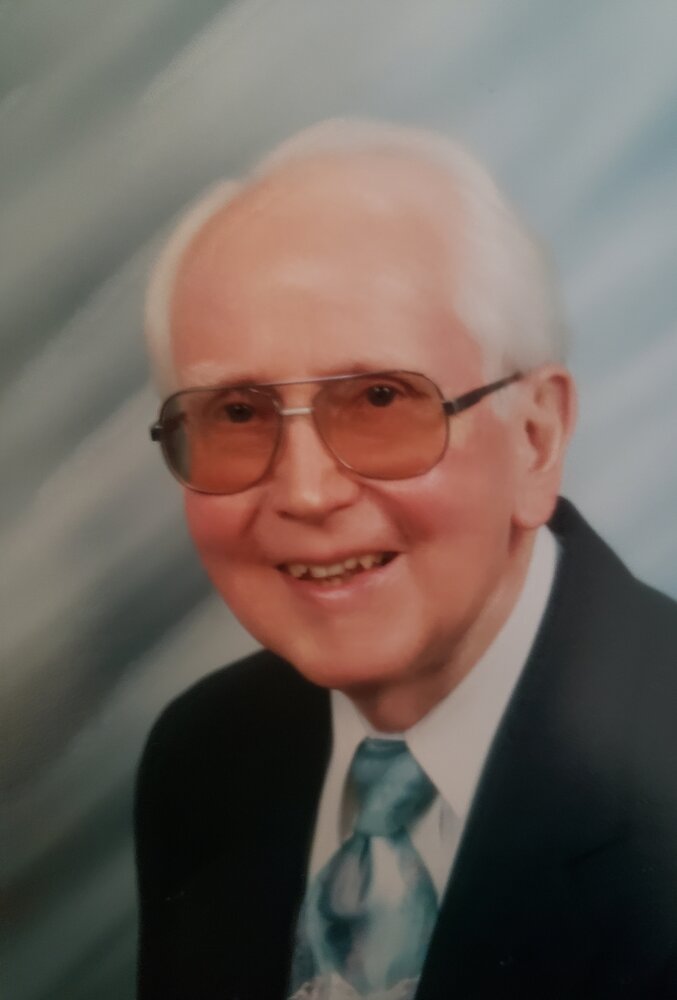 Please share a memory of Jerry to include in a keepsake book for family and friends.
View Tribute Book

Gerald ``Jerry” Pontsler, 99, of Sterling, died December 13, 2022 at CGH Medical Center, Sterling.  Jerry was born April 19, 1923 in Kewanee, IL.  He was the son of Clark and Edna (Welch) Pontsler.  He graduated Kewanee High School and attended Open Bible Institute, where he graduated in 1945.  He met and married Marie Woods in 1943. Together they pastored two churches in Mr. Pleasant IA and Kewanee IL.  She preceded him in death July 21, 2022.

Jerry was hired by Dr. H.C. Hatton of the First Church of the Nazarene in Sterling to serve as Minister of music in 1959, where he remained for more than 20 years. He loved to sing about Jesus!

Jerry also worked in the offices of Lawrence Brothers and Frantz Manufacturing Co. for a total of 36 years. He later retired from J.C. Penney after 21 years.

Funeral services will be 11 AM Tuesday December 20, 2022 at Schilling Funeral Home, Sterling, with Dalmus Meeks, officiating. Visitation will be one hour prior to services, from 10AM-11AM. Burial will follow at Oak Knoll Memorial Park in Sterling.

Share Your Memory of
Jerry
Upload Your Memory View All Memories
Be the first to upload a memory!
Share A Memory
Send Flowers
Plant a Tree