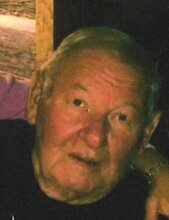 Please share a memory of William to include in a keepsake book for family and friends.
View Tribute Book

William “Bill” Janssen died on Monday, January 16, 2023, at his home in Haymarket, Virginia, after being diagnosed with lung cancer a few months earlier. He was born in Sterling, Illinois, on April 19, 1936, to Martin and Wilma Denison Janssen, who preceded him in death. He grew up in Rock Falls, Illinois, attended Merrill Elementary School and graduated from Rock Falls High School in 1955.

Bill served in the U.S. Army with active duty at Ft. Leonard Wood, MO, and Ft. Riley, KS, followed by reserve duty in IL and VA. After active military duty, he returned to Galesburg and was the assistant manager of the DeForrest Paint Store in Galesburg until, in 1964, he, Barbara and Kristine relocated to Virginia. He was employed by Prudential Financial until he retired in 1996.

After retirement, Bill and Barbara took many road trips through 48 U.S. states and 8 Canadian provinces as well as a cruise/rail trip to Alaska. In his younger years, he enjoyed hunting and fishing. He always loved working in his basement shop and spending time with family. He was a member of the Rock Falls American Legion (where his father was a charter member), the NRA, and Bethel Lutheran Church in Manassas, VA.

A graveside service will be11AM on Saturday, February 4, 2023 at Riverside Cemetery Sterling, IL.

Share Your Memory of
William
Upload Your Memory View All Memories
Be the first to upload a memory!
Share A Memory
Send Flowers
Plant a Tree