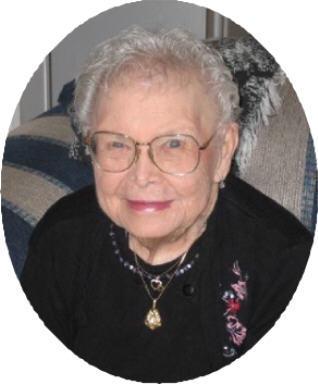 �&quot; Thelma O. Beardsley, 96, formerly of Newark died Monday, January 4, 2010 at Resthave Retirement &amp; Nursing Home in Morrison. Thelma Beardsley was born July 2, 1913 in Big Grove Township, Newark, the daughter of Rasmus and Anna (Tuttle) Knutson. She was married to her high school sweatheart, Wallace Beardsley, Sr. for 68 years. Thelma was a past member of the Sheridan Methodist Church, and had been a member of the Matacumbe Methodist Church. She had been past Worthy Matron of Sheridan Order of Eastern Star. She enjoyed traveling with her husband, golf, and a good game of bridge with her many friends. Survivors include her children, Wallace (Norma) Beardsley, Jr., of Sheridan, Ruth Ann Benoist, of Las Vegas, NV, Alice (Richard) Mathre, of Newark, and Nyla (Terry) Winchell, of Sterling; seven grandchildren, Matt Beardsley, Lori Dunn, Pam Johnson, Penny Hicks, Brian Mathre, Erik Arntzen, and Nicole Rodriguez; and thirteen great-grandchildren. She was preceded in death by her husband, Wallace, two sisters, Arline Boring and Eleanor Rhodes, and one grandson, Roland Chandler. A memorial service will follow at a later date. Cremation rites have been accorded. Arrangements were completed by Schilling Funeral Home. A memorial has been established.